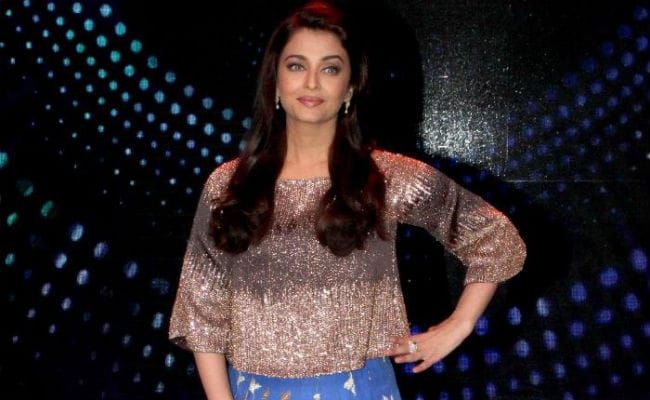 Actress Aishwarya Rai Bachchan denied recent reports, which stated that she rejected Sanjay Leela Bhansali's film to come on board for Gulab Jamun in a statement, reported news agency ANI. The statement released by Aishwarya's spokesperson dismissed the reports as "baseless", adding that the 44-year-old actress will always be eager to collaborate with the director: "This is totally baseless and untrue. Aishwarya Rai Bachchan has immense love for Sanjay Leela Bhansali and will always be very keen to work with him," ANI quoted. Aishwarya and Abhishek Bachchan will make a comeback on screen together with Anurag Kashyap's Gulab Jamun. Earlier this week, it was reported that Aishwarya preferred to co-star with husband Abhishek over picking Mr Bhansali's film.

A report in Deccan Chronicle quoted a source as saying that the dates of both the movies were coinciding: "Aishwarya had to choose between working with Mr Bhansali and sharing screen space with her husband, as the dates for both films were clashing. And she chose the film with her husband." Aishwarya was reportedly already in talks with Mr Bhansali when Gulab Jamun was offered to the couple.

Aishwarya's first collaboration with Sanjay Leela Bhansali was 1999's Hum Dil De Chuke Sanam, in which she co-starred with Salman Khan. He also directed Aishwarya in 2002's Devdas, in which she played the role of Paro opposite Shah Rukh Khan. 2010's Guzaarish remains Aishwarya's last film with the director, which also starred Hrithik Roshan. According to reports, Mr Bhansali wanted to make Bajirao Mastani soon after Hum Dil De Chuke Sanam with Aishwarya as the titular Mastani. Aishwarya was also reportedly recently quoted as saying that she was Mr Bhansali's first choice for the role of Rani Padmavati. Both roles eventually went to Deepika Padukone.