When You Are Aishwarya Rai Bachchan, 48 Looks Like This. Birthday Pic Courtesy Abhishek Bachchan 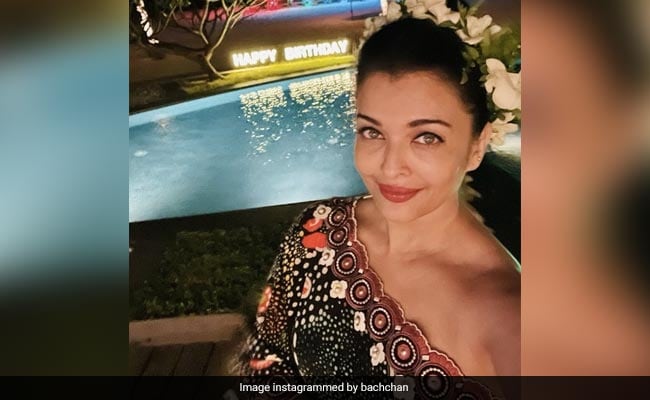 Stunning can't even begin to describe the picture that Abhishek Bachchan posted for wife Aishwarya Rai Bachchan, who celebrates her 48th birthday today. Abhishek's birthday greeting was so worth the wait. In the picture, the actress can be seen sitting pretty by the pool, dressed in a printed outfit. She accentuated her look with a floral tiara. Adding an equally adorable caption to the post, Abhishek Bachchan wrote: "Happy Birthday Wifey! Thank you for being, you. You complete us. We love you." In no time, the post was filled up with heart emojis from fans.

Abhishek and Aishwarya got married on April 20, 2007. The couple have co-starred in several films including Umrao Jaan, Guru, Kuch Naa Kaho and Raavan among others. The couple will reportedly be seen sharing screen space in the Anurag Kashyap-produced Gulab Jamun. The couple welcomed their daughter Aaradhya in 2011.