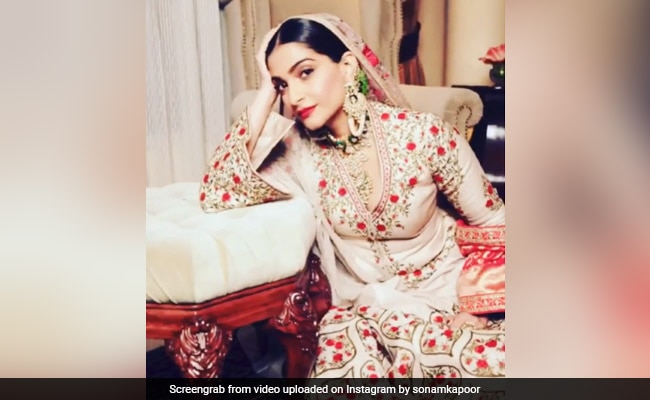 Sonam Kapoor's love for Anarkali from the iconic film Mughal-E-Azam needs no introduction. The 34-year-old actress, who is currently in London (going by her latest Instagram posts) on Thursday, shared a video of herself, in which the actress could be seen dressed as Anarkali from the 1960 film. The actress looks absolutely stunning in the video, dressed in a printed Anarkali suit. Sonam wore a dupatta over her head and added a pop of colour with red lipstick. Sonam borrowed a dialogue from the film and she captioned her post: "Taj un saron par nahi rahta, jinke kareeb khauf aajaye."

On Halloween, last year, Sonam Kapoor decided to dress as Anarkali at a party hosted by her husband and Bhane owner Anand Ahuja. For the party, Sonam picked a a Bhane outfit and she captioned the post: "Pyaar kiya to darna kya... Bhaanexhalloween." ICYMI, this is the post we are referring to:

For the same party, Sonam's husband Anand Ahuja dressed up as Anarkali's lover Salim. Check out the post here: