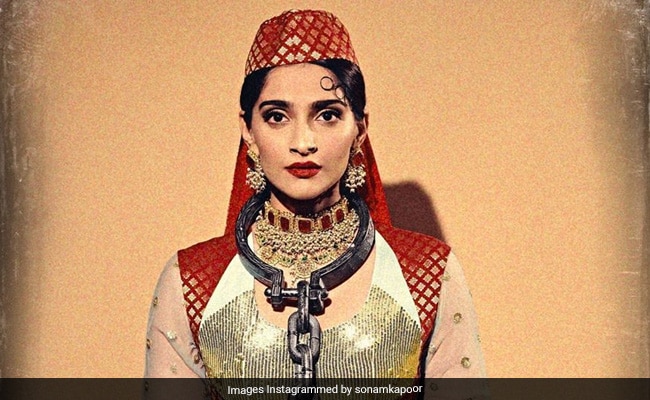 Sonam Kapoor never fails to surprise us, especially when it comes to fashion and that is exactly what she did on Halloween this year. Ditching the obvious eerie witches and vampire costumes, Sonam surprised us with her look and how. For those who are wondering what Sonam dressed up as, we are here to quench your curiosity. The actress dressed up as Anarkali from Mughal-E-Azam. It might be an unconventional choice for Halloween, but we are not complaining at all. The actress might have been slightly late in posting her Halloween special look on social media, but we can't overlook the fact that she got right. From the Anarkali suit, to the hairdo and even the expression, everything was on point.

Sonam Kapoor picked an outfit from her husband Anand Ahuja's fashion label Bhane. She captioned the post: "Pyaar kiya to darna kya... Bhaanexhalloween." She accompanied the posts with the hashtags #bhaane #mughleazam #anarkali.

Without much ado, take a look at Sonam Kapoor's look here:

Sonam Kapoor has quite a bit of a reputation for rocking the Halloween looks. Remember how the actress dressed up as the fictional character Wednesday Addams for a Halloween party a few years ago. Her costume was designed by Dolce and Gabbana. ICYMI, this is what we are talking about: 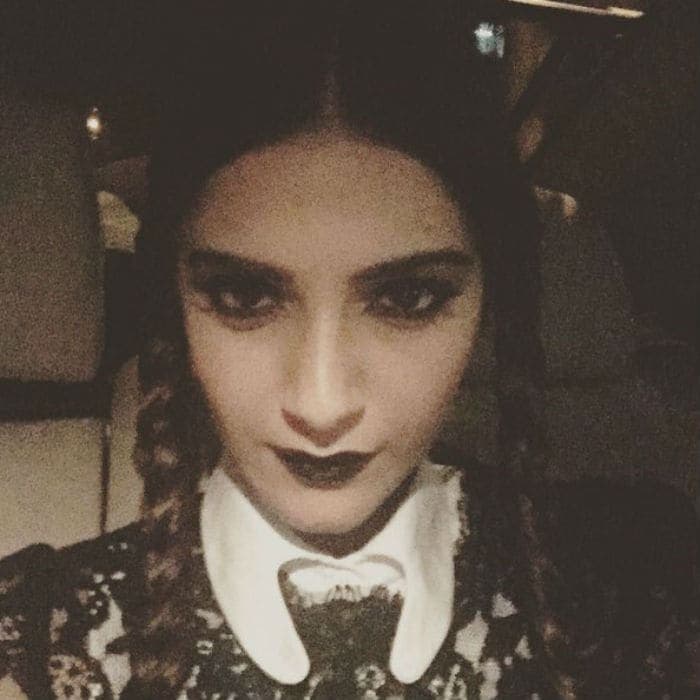 Sonam Kapoor dressed as Wednesday Adams a few years ago on Halloween.

Anything can happen on Halloween Here's to having some fun and being a little crazy ! Perks of showing up on the #Dabangg3 shoot #chubulpandey #Happyhalloween #Fun #ting @beingsalmankhan

On the work front, Sonam Kapoor was last seen in The Zoya Factor, co-starring Dulquer Salmaan and Angad Bedi. She has not announced her upcoming projects as of now.