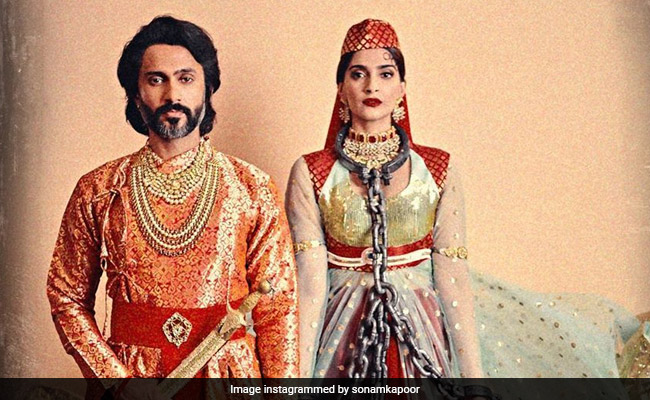 Sonam Kapoor and Anand Ahuja set major Halloween goals in 2019. While others were stepping out as the Joker or the Vampire and in other spooky avatars, the creative couple went all filmy with their Halloween looks and dressed up as Salim and Anarkali from Mughal-E-Azam. Can you believe it? You better. And the Kapoors absolutely loved Sonam and Anand's Halloween costumes, especially Anil Kapoor, who reviewed their looks in these words: "Creating your own historic love story! Love this!" Sonam's siblings Rhea and Harshvardhan Kapoor found Anand and Sonam as Salim and Anarkali to be super funny. "Mad," wrote Harshvardhan in the comments section while Rhea added the ROFL emojis on Sonam's post.

Looks like the Mughal-E-Azam inspired outfit courtesy is Anand Ahuja's couture Bhaane. Sonam hilariously captioned her Halloween-special photo as "Pyaar kiya to darna kya?" which is a very obvious reference to the iconic Mughal-E-Azam song, sung by Lata Mangeshkar. Dilip Kumar played Salim while Madhubala featured as Anarkali in the evergreen film from 1960. 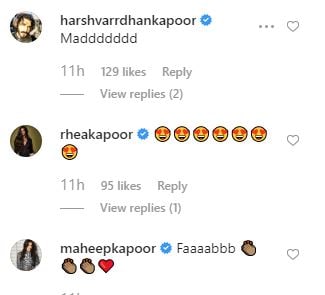 Sonam and Anand also added their favourite hashtag to the Halloween photos - #EverydayPhenomenal.

Another actress who was styled by Bhaane for her Halloween look is Swara Bhasker, who dressed up as Frida Kahlo.

Sonam Kapoor and Anand Ahuja had a big fat wedding last year after dating for several years. The couple shuttle between Delhi, Mumbai and London through the year and they celebrated Halloween in the National Capital, where Anand is based. On the work front, Sonam Kapoor was last seen in The Zoya Factor.