When In London, Kareena Kapoor Chills With Veeres Sonam, Rhea And Arjun Kapoor 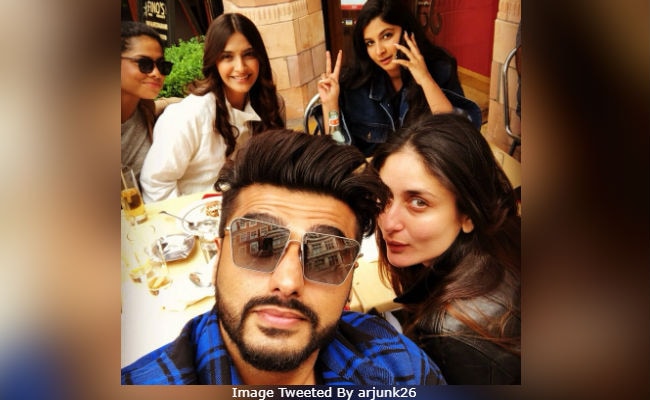 New Delhi: Kareena Kapoor and her son Taimur flew to London last night and guess what she's up to now, besides exploring the city? Umm... What if you tell you Sonam and Rhea Kapoor are also in London. Now, it's easy to figure out what Kareena must be busy doing. Yes, she's chilling with the Kapoor sisters and Arjun Kapoor (of course). Rhea shared a video of the whole gang on her Instagram story and revealed that Kareena was binging on pizzas but she denied. (Kareena's cheat meal, perhaps?). Kareena and Rhea do all the talking in the video and Sonam just shows victory sign and, Arjun Kapoor's swag is just off the charts. "The veeres take London," Rhea signs off.

The video has been chronicle by several of these stars fan clubs on Instagram. Watch here.

Arjun Kapoor has treated everyone to these awesome pictures. 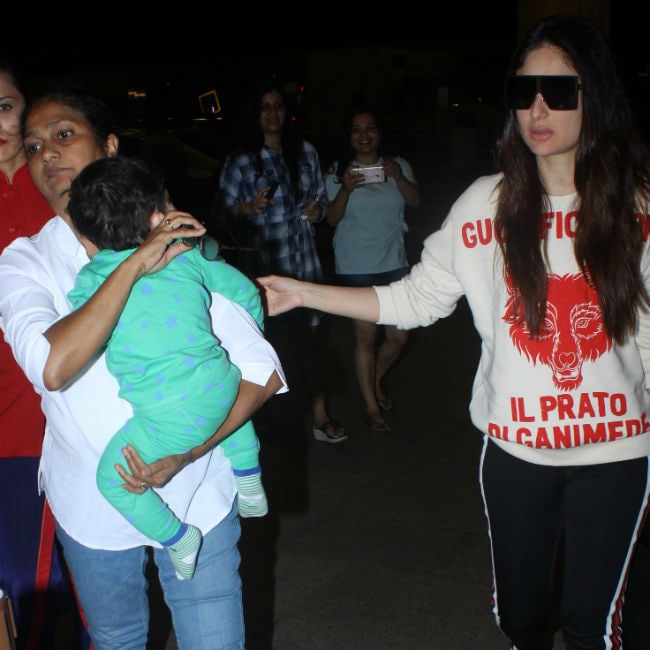 Meanwhile, Sonam will celebrate her 33rd birthday in London with husband Anand Ahuja. "I'm going to be in London for work. So, Anand is coming with me. My sister Rhea will join us, too. It's going to be a small celebration - we will go out for lunch, dinner, and chill," Sonam had told DNA before leaving Mumbai. Her friend Samyukta Nair has joined her too.

Kareena and Sonam are currently basking in the success of Veere Di Wedding, which released last Friday and has earned over Rs 48 crore so far. Veere Di Wedding was co-produced by Rhe and also starred Swara Bhasker and Shikha Talsania.
Comments
kareena sonamkareena veere di wedding