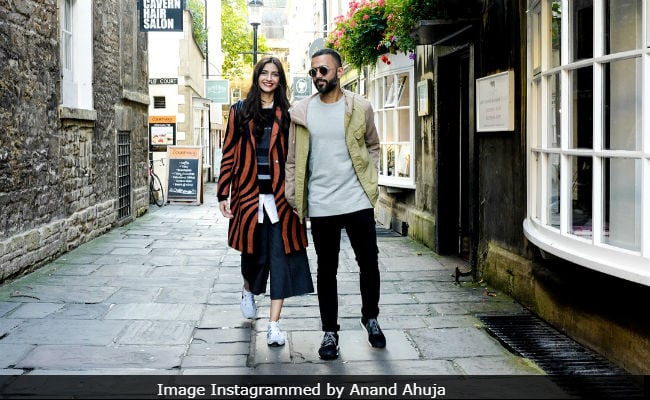 This picture was shared by Anand Ahuja. (Image courtesy: Instagram)

New Delhi: Guess where Sonam Kapoor will be celebrating her first birthday after marrying Anand Ahuja. London, it is. Sonam, who will turn 33 on June 9, will celebrate her special day along with hubby Anand Ahuja and sister Rhea Kapoor at their London residence. Sonam, who leaves for London tonight, told DNA: "I'm going to be in London for work. So, Anand is coming with me. My sister Rhea will join us, too. It's going to be a small celebration - we will go out for lunch, dinner, and chill." The actress will also be joined by her close friends-designer Shehla Khan and entrepreneur Samyukta Nair.

On being asked if her veeres would join her for the birthday celebrations, the actress told DNA: "My friends, Shehla Khan and Samyukta Nair are the only ones who are coming with me. So, they will stay with Anand and me in our house there. We have just done it up - it's a nice, cozy three bedroom property. There's one more room and I want Swara (Bhasker) to join us, but she won't be joining us."

Over the weekend, Sonam and Anand attended a party hosted by Natasha Poonawalla, after which the couple left for Delhi to attend a special screening of Veere Di Wedding. On Sunday, they were spotted holding hands at the airport. Here's a glimpse of Sonam and Anand's weekend. 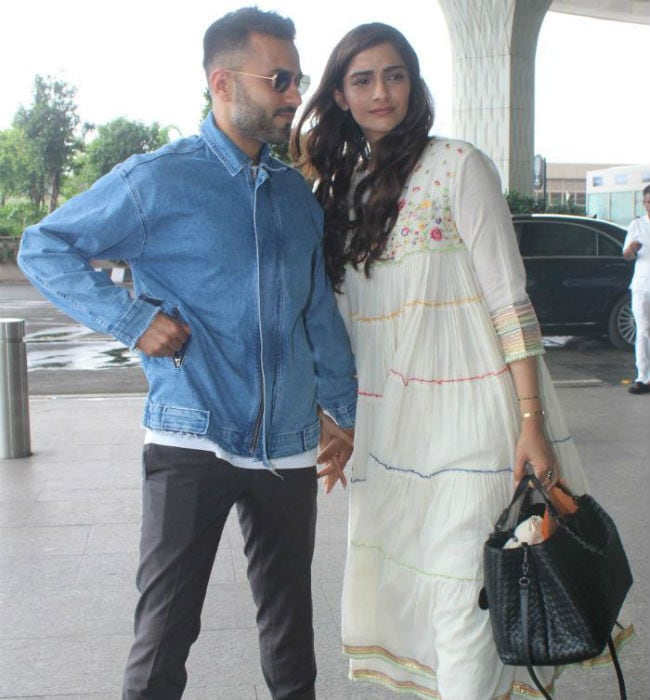 Sonam Kapoor will be next seen in the Sanjay Dutt biopic titled Sanju. Apart from that, she has The Zoya Factor and Ek Ladki Ko Dekha Toh Aisa Laga in the pipeline.