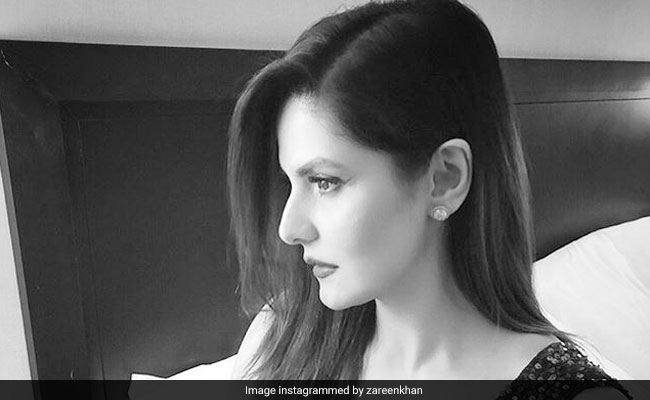 Actress Zareen Khan, who is gearing up for the release of Punjabi film Daaka, recounted her brush with the casting couch when she was relatively new in the film industry. Speaking to Pinkvilla, the 32-year-old actress, who was launched by Salman Khan in Veer, said that once a director asked her to 'rehearse a kissing scene' with him so that she could 'let go off her inhibitions.' "The person was like, 'you have to let go off your inhibitions, you have to let go off inhibitions' and at that time I was relatively very new (in the film industry)," Zareen told Pinkvilla. She added that when the director asked her to 'rehearse the kissing scene' with him she told him, "What? I am not doing any kissing scene as a rehearsal."

Zareen Khan has earlier featured in headlines for narrating stories of her struggle with weight loss and dealing with bullies and social media trolls, who've body-shamed her on several occasions. Recently, Zareen Khan was criticised for posting a picture showing stretch marks on her stomach. She shot back saying, "For people who are very curious to know about what's wrong with my stomach, this is the natural stomach of a person who's lost more than 50 Kg of weight. This is how it looks when it is not photoshopped or surgically corrected. I've always been someone who believes in being real and embraced my imperfections with pride rather than covering it up."

Zareen Khan's reply was applauded by a section of the Internet and actress Anushka Sharma, who also posted an appreciation post for Zareen, in which she wrote, "Zareen, you are beautiful and brave and strong and perfect just the way you are."

After debuting in Bollywood with Veer, Zareen Khan featured in films like Housefull 2, Hate Story 3 and Aksar 2. She made her Punjabi film debut with Jatt James Bond in 2014.