Zarine Khan Was Bullied, Body-Shamed When She Was 100-Kg But It Didn't 'Bother' Her

Zarine Khan says things are changing for actresses in Bollywood 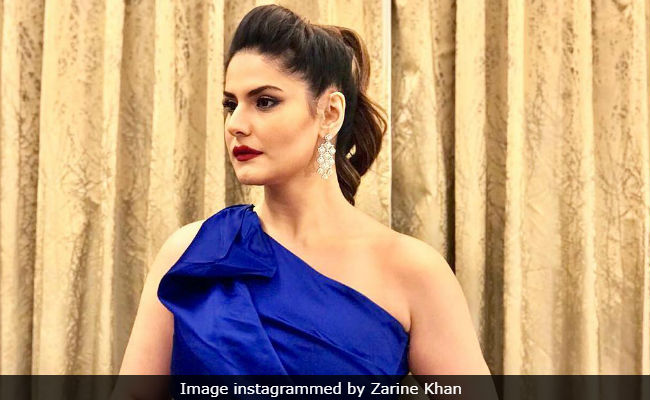 Zarine Khan has talked about being body-shamed when she was 100-kg and now in a recent interview to IANS, Zarine said that it never bothered her because she was "strong-willed." She told IANS: "When I was more than 100 kg, I was often body-shamed and bullied. However, none of this ever bothered me. It didn't bother me then and doesn't bother me now. I have always been extremely strong-willed and will never shy away from talking about how I feel. I am very grateful to the people who have supported me through my journey - and the ones who haven't, have only made me stronger."

In 2016, Zarine Khan first opened up being body-shamed when she was in school and college for being overweight. The actress shared her old pictures from school and college days and wrote: "I feel proud of myself today not that I felt any lesser about myself back then. Inspite of being so big, I never let people's comments or ideas about me bother me." Clearly, Zarine hasn't changed her opinion in two years.

Speaking to IANS, Zarine Khan said that perception about Bollywood actresses are changing. "It's a known fact that I have been criticised for my weight in the past. But things are changing, people are now increasingly getting comfortable with talking about body-shaming. We are beginning to speak more and more about body-positivity. While being an actor requires you to look a certain way, your performance and acting abilities are qualities that should matter the most. However, I still feel we have a long way to go in embracing this concept in its most real sense," she said.

Zarine Khan debuted in Bollywood in 2010 film Veer opposite Salman Khan. She went on to star in films like Housefull 2, Hate Story 3, Wajah Tum Ho and Aksar 2 in Bollywood and she also featured in Tamil film Naan Rajavaga Pogiren.