Zareen Khan was body-shamed for sharing a picture showing stretch marks on her stomach. 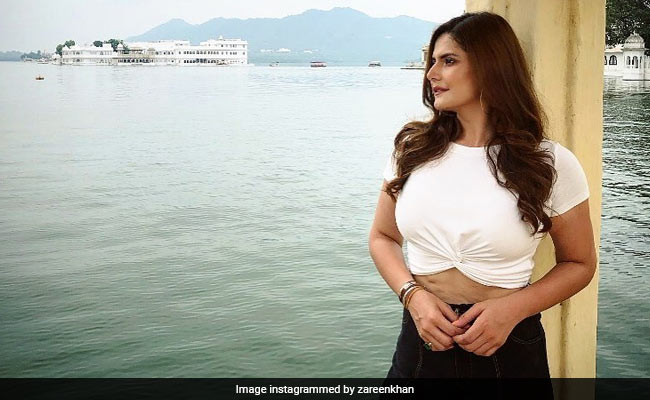 Actress Zareen Khan, who was body-shamed over the weekend for posting a picture showing stretch marks on her stomach, thanked her colleague Anushka Sharma for supporting her and giving a shout out on social media. After the Internet bullies brutally picked on the Veer actress for posting a picture of herself with stretch marks, Anushka Sharma shared an appreciation post on her Instagram story and wrote, "Zareen, you are beautiful and brave and strong and perfect just the way you are." Replying to Anushka, Zareen said, "Thank you for the love and support, Anushka Sharma." Zareen Khan shared pictures from her visit to Udaipur's Lake Pichola.

Zareen Khan also shared a note for the trolls after reading their nasty comments which said, "For people who are very curious to know about what's wrong with my stomach, this is the natural stomach of a person who's lost more than 50 Kg of weight. This is how it looks when it is not photoshopped or surgically corrected. I've always been someone who believes in being real and embraced my imperfections with pride rather than covering it up."

Here's a screenshot of Zareen Khan's thank you post for Anushka Sharma: 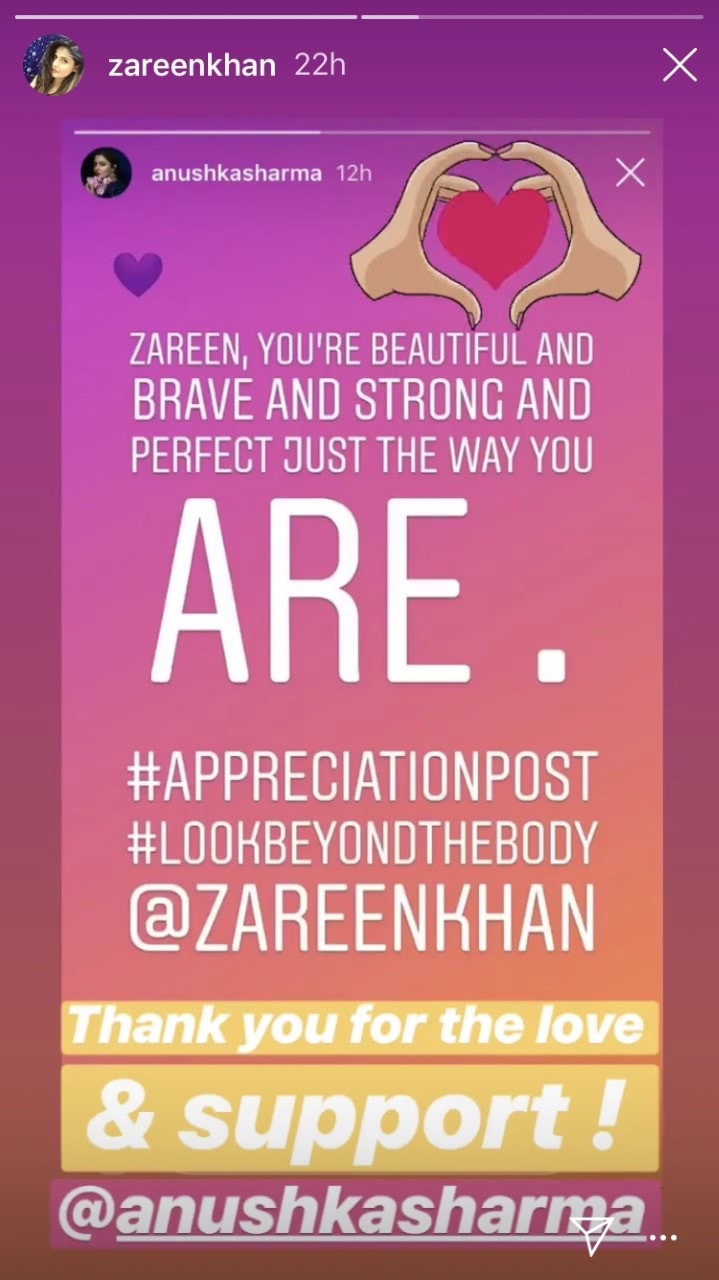 And this was Zareen Khan's statement, which she shared on Instagram story: 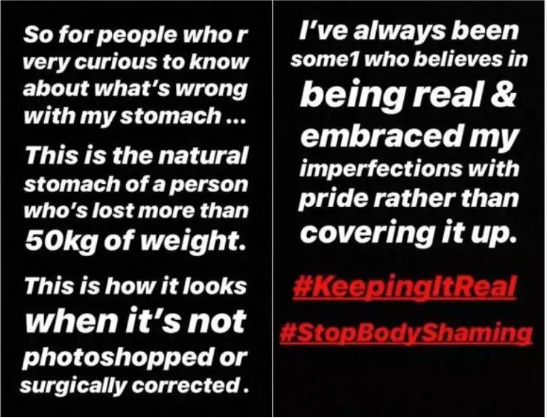 Earlier this year, Zareen Khan shared a post describing her struggle with being overweight as a student. She also told news agency IANS that she was bullied and body-shamed when she was 100 kilos and it never 'bothered' her. She said, "It didn't bother me then and doesn't bother me now. I have always been extremely strong-willed and will never shy away from talking about how I feel. I am very grateful to the people who have supported me through my journey - and the ones who haven't, have only made me stronger." 1

Zareen Khan made her Bollywood debut opposite Salman Khan in Veer in 2010 and she went on to star in movies like Housefull 2, Hate Story 3 and 1921. Zareen has also featured in Punjabi films like Jatt James Bond and Daaka.