What Anushka Sharma Did When A Reporter's Mother Called Mid-Interview 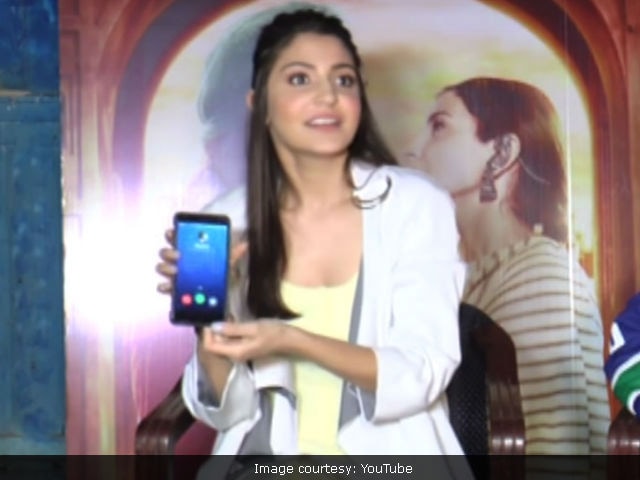 New Delhi: Actress Anushka Sharma is super busy with the promotions of her upcoming film Phillauri which releases on March 24. The 28-year-old actress was in the middle of media interactions when a reporter's phone rang and Anushka alerted the reporter that it was her mother's call. Anushka answered the call on her behalf and said: "Hello Aunty, wo interview mein hai abhi to appko baad me phone karti hai. Main Anushka bol rahi hu." It seems the caller was in a fix, Anushka asked the journalist's name and said, "Wo wapas call karegi. Abhi interview le rahi hai... Mera... Anushka Sharma ka. She then told the reporter, "Anuty ne kaha hai wapas call kar lena." Anushka proved that no matter where you are, and whatever you're doing, you answer the call when you phone reads: "Mumma Calling."


In Phillauri, Anushka Sharma's plays a ghost named Shashi, who accidently gets married to a manglik man named Kanan, played by Suraj Sharma. Shashi haunts Kanan and his fiancee Anu (Mehreen Pirzada), who then help her take care of an unfinished business.

Promoted
Listen to the latest songs, only on JioSaavn.com
Of playing the role of a ghost in Phillauri, Anushka told news agency IANS: "It was fun to play a non-living character because normally we play characters which are in the flesh and its boring to portray a living character in each film. You should keep doing a different thing. I think I've represented the ghost community well."

Phillauri is Anushka's second film as producer after critically acclaimed NH10. The film is directed by newcomer Anshai Lal.