"It will be really great if your posts are in Hindi," tweeted a fan on Tuesday night 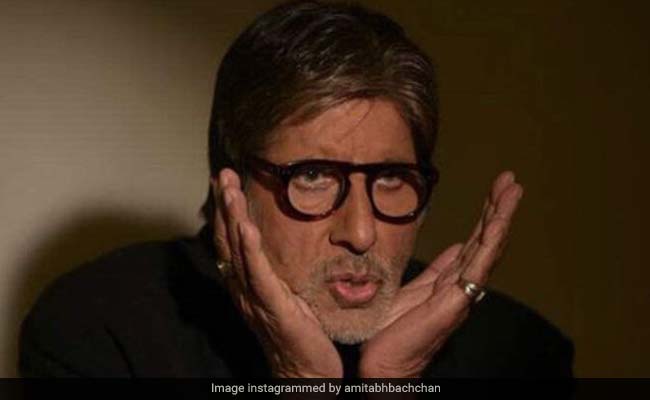 Amitabh Bachchan, who is most active on social media late at nights, chose to respond to a user, who asked him to compose his posts in Hindi. "Amitabh Bachchan ji, agar aapke post Hindi mein aye toh bahut achha hoga (It will be really great if your posts are in Hindi)," tweeted a fan on Tuesday night, following Big B's tweet, in which he thanked his "EF" or "extended family" in English. The 77-year-old actor, who has had a change of attitude on social media, responded with an observation of his own - Mr Bachchan pointed out that the user has also used an English word in the tweet. "Aap bhi 'post' shabd jo aapne jhankrit kiya hai, uski Hindi likhiye na (You have also used the English word 'post'. Why don't you write the Hindi word for it...)" read Big B's tweet.

However, it is surprising that Big B was asked to post in Hindi because his Instagram and Twitter entries are alternated between Hindi and English and so are his blog entries on Tumblr. Mr Bachchan trended a great deal recently for using a Hindi cuss phrase to call out haters saying he should die of coronavirus. Mr Bachchan also often posts poems attributed to his late father, poet Harivansh Rai Bachchan.

Amitabh Bachchan was diagnosed with COVID-19 last month. After weeks of stay at the hospital, he tested negative and returned home earlier this month. Mr Bachchan was last seen in Gulabo Sitabo, which released on Amazon Prime. Big B's upcoming movies include Brahmastra, Jhund and Chehre. Mr Bachchan will also return as the host for the upcoming season of Kaun Banega Crorepati.