Inside Mira Rajput's Holiday Album: "See You In A Snap"

Mira Kapoor's new Instagram Reels is sure to make you want to go on a vacation. 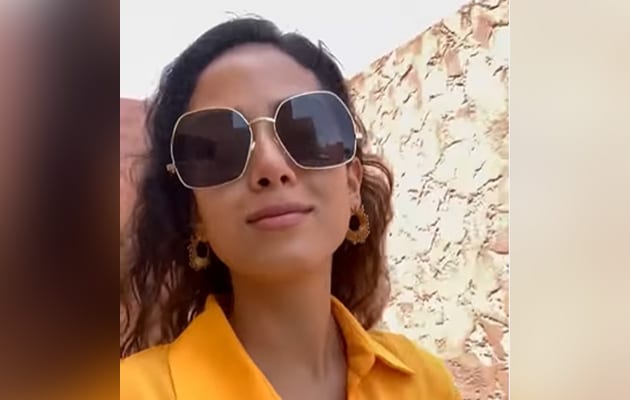 Mira Rajput is a social media sensation and there is no denying this. The mother of two has often treated fans to her personal and professional milestones with occasional glimpses of her superstar husband, actor Shahid Kapoor. Over the last few months, the happy couple has made time to travel to stunning destinations across the world, despite their busy schedules. Now, in a new Instagram Reels, Mira Rajput has given her Instafam a quick sneak peek of several beautiful locales that she visited. With mountains, beaches and gorgeous gardens, the video is sure to make you want to go on a vacation.

In the caption, Mira Rajput said, “See you in a snap! #helloholiday.”

Mira Kapoor began the week with a romantic picture of Shahid Kapoor and her gazing into each other's eyes. Dressed in traditional ensembles, Mira and Shahid make for one handsome couple. In the caption, Mira said, “I got my eyes on you, and I see you checking me.”

Just a few days ago, Mira Kapoor dropped a bunch of sunny, happy pictures from her holiday in London. With a geotag pointing to Seven Dials London, Mira wrote, “Cheerio!” with a sun, rainbow and flower emojis.

In another set of images, Mira Kapoor looks glorious as she basks in the London sun. “Rise and Shine,” Mira wrote in the caption.

Posting another very touristy image of herself, Mira Rajput said, “Living for the day…worries far away,” with a sun emoji.

And while on vacation, Mira Kapoor also shared a selfie, breaking down her makeup look for fans. In the caption, Mira said, “#nofilter Makeup by me. Switched up products after years and I'm loving them! Let me know what you guys think.” Replying to the post, Shahid Kapoor said, “She so happy she didn't even wait to leave the bathroom.”

Mira Rajput and Shahid Kapoor have been married since 2015.  They have two children, Misha Kapoor and Zain Kapoor.