Was Phone Recording of Taylor Swift and Kanye West Illegal? 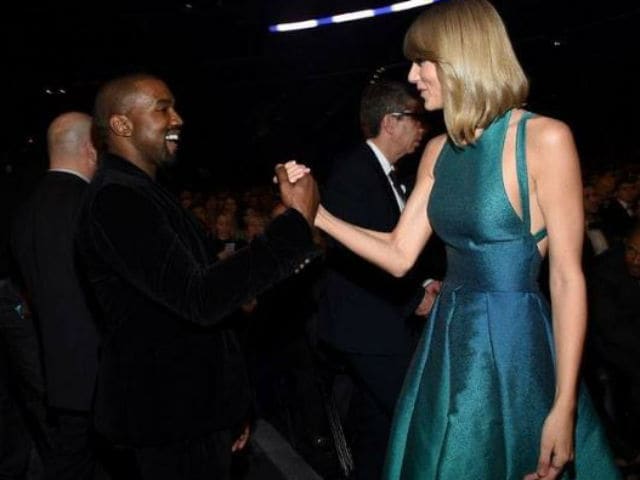 Washington: There's a major beef going down between married couple Kim Kardashian and Kanye West and Taylor Swift. But the latest twist may have put West on the wrong side of the law - and Swift has already threatened him with criminal prosecution, according to TMZ.

It all started with a PR battle over a lyric in the song Famous from West's latest album: "I feel like me and Taylor might still have sex. ... Why? I made that b---- famous." Swift's team denied she signed off on the lyrics, and the singer made what some have said may have been a thinly veiled dig at West while accepting a Grammy in February.

Kardashian basically accused Swift of lying about her knowledge of the song's lyrics in a recent GQ cover story - and on Sunday night she released footage on Snapchat that appears to show a call between Swift and West where he talks about the first half of the lyric as proof that the songstress approved it before it was released. But making that recording in the first place may have violated state wiretap laws.

"Generally, what matters is the location of the person recording the call," said Marc Rotenberg, the executive director of the Electronic Privacy Information Center.

California, where the Kardashian-West clan lives and, TMZ reports, from where West called, is one of a handful of states that goes further than the federal wiretapping standard, which only requires one half of the conversation to approve of a recording. Instead, the state requires everyone on a call to consent to a conversation being recorded, Rotenberg said.

West's press team did not immediately respond to a request for comment.

In a statement posted to Instagram, Swift said the call was "secretly" recorded - and points out that the footage doesn't address the part of the song that calls her the expletive.

That moment when Kanye West secretly records your phone call, then Kim posts it on the Internet.

If Swift was really unaware of the recording, as her Instagram post suggests, and if West indeed called from California, then he could be in violation of the California law and potentially face a fine of up to $2,500 as well as up to a year in jail , according to the penal code.

We've also reached out to Swift's press contact to confirm that she was unaware the call was being recorded.

However, there is one snag in the California statute that might get West off the hook: The law only applies when "one of the parties has an objectively reasonable expectation that no one is listening in or overhearing the conversation," according to Harvard's Digital Media Law Project. Given that West appears on his wife's reality show - and Kardashian's entire career is based off of her most intimate moments being taped - his legal team may argue that no one could reasonably assume conversations with the pair were private.