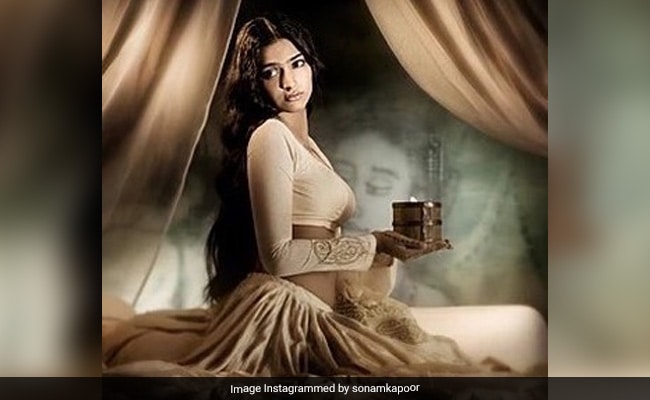 Leave it to Sonam Kapoor to make the best use of Flashback Fridays. The 34-year-old actress, who has a treasure trove of throwback pictures, shared a throwback picture on her Instagram profile. In her caption, Sonam revealed that the picture happens to be from a look test that she did. "A look test I did. Flashback Friday." Sonam's post made her Instafam very curious and a section of the Internet also thought that the picture was a look test for Sanjay Leela Bhansali's 2013 film Goliyon Ki Rasleela Ram-Leela . "Am sure it was for Ram-Leela," wrote an Instagram user. "Ram Leela?" read another comment. Several fans shared the same school of thought. "Even I thought the same," wrote another fan. Another section of the Internet thought that the picture was from Sonam Kapoor's debut film Saawariya. "Nope, it's Saawariya," wrote another fan.

a look test I did for a #flashbackfriday

Sonam Kapoor never fails to amaze us with her enviable collection of throwback pictures. Take a look at some of the posts here:

To the most inspiring, understanding, the most youthful person in the family. Thank you Dad for being my constant support system and my pillar of strength. I love you so much for everything that you do for us and all that you are. Happy 21st @anilskapoor #ForeverYoung #HappyBirthday

Sonam Kapoor, the daughter of Anil Kapoor and designer Sunita Kapoor, made her Bollywood debut with the 2007 film Saawariya, which also marked the Bollywood debut of Ranbir Kapoor. The film was directed by Sanjay Leela Bhansali.