"I'm in this world with mummy and you're in that world with papa," wrote Sajid Khan 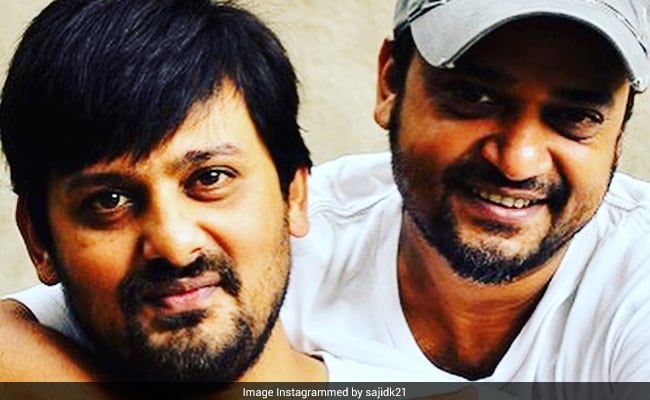 A file photo of Wajid and Sajid Khan. (courtesy sajidk21)

A few days after his brother Wajid Khan's death, Sajid posted a eulogy for his brother on social media. The music composer posted a throwback picture along with his late brother and wrote: "I'm in this world with mummy and you're in that world with papa. Love you brother. My jannat ka rockstar." Sajid-Wajid's mother Razina Khan recently tested positive for the coronavirus and she has been admitted to Mumbai's Surana Hospital in Chembur, where the late music composer was undergoing treatment. Wajid Khan died at the age of 42 on Monday because of complications from kidney infection.

I'm in this world with mummy and you're in that world with papa. #loveyoubrother My Jannat ka rockstar

United by grief, members of the film fraternity as well as the music industry, poured their hearts out on social media. Salman Khan, Wajid's longtime collaborator, wrote: "Wajid, will always love, respect, remember and miss you as a person and your talent. Love you and may your beautiful soul rest in peace."

Music composer-singer Salim Merchant shared the news of Wajid Khan's death on Monday and told news agency PTI: "He had multiple issues. He had a kidney issue and had a transplant a while ago. But recently he got to know about kidney infection... He was on the ventilator for the last four days, after his situation started getting worse. Kidney infection was the beginning and then he got critical."

Salman Khan's 1998 film Pyaar Kiya Toh Darna Kya marked the debut of Sajid and Wajid Khan in the Indian music industry. The duo went on to compose music for many of Salman Khan's films, which included the Dabangg series, Partner and Wanted to name a few. Wajid Khan, as a playback singer, sung tracks such as Mera He Jalwa, Fevicol Se, Chinta Ta Chita Chita and Mashallah - all of which were hits. The late composer collaborated with Salman Khan for the tracks Pyaar Karona, and Bhai Bhai, both were shot at Salman Khan's farmhouse and were released during the lockdown.