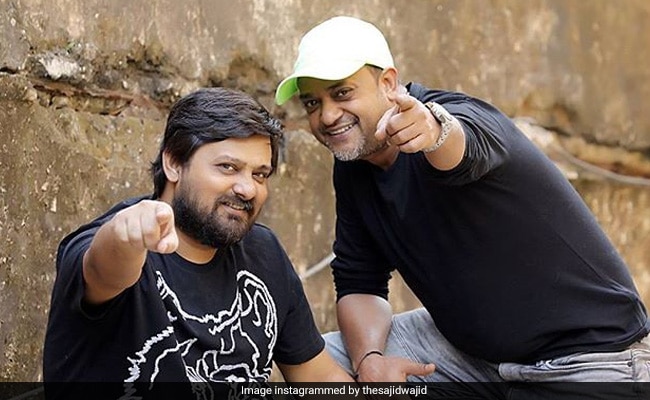 In a moving tribute shared on Instagram, Sajid Khan wrote about his brother Wajid Khan's love for music. Sajid Khan, one half of the music composer duo Sajid-Wajid, shared a video of Wajid Khan and wrote a warm eulogy post. Wajid Khan died at the age of 42 due to kidney infection on June 1. Sajid Khan shared a video on their Instagram profile and remembered his brother. In the video, Wajid Khan can be seen sitting on a hospital bed and playing tunes on an application. Sharing the video, Sajid Khan wrote, " Duniya chut gayi, sab kuch chuta, na tune kabhi music chodda, na music tujhe kabhi chodega. My brother is a legend and legends don't die. I will always love you. Mere khushi mein, meri duaaon mein, mere naam mein tu hamesha rahega." Read his post here:

Music composer Salim Merchant confirmed the news of Wajid Khan's death to news agency PTI on Monday. He said, "He had multiple issues. He had a kidney issue and had a transplant a while ago. But recently he got to know about kidney infection... He was on the ventilator for the last four days, after his situation started getting worse. Kidney infection was the beginning and then he got critical."

Wajid Khan was mourned on Twitter by celebrities such as Amitabh Bachchan, Varun Dhawan, Sonakshi Sinha, Priyanka Chopra, Karan Johar and others. Salman Khan, who collaborated with Sajid-Wajid for several films, wrote a warm eulogy post on Twitter: "Wajid, will always love, respect, remember and miss you as a person and your talent. Love you and may your beautiful soul rest in peace." Sajid-Wajid made their Bollywood debut with Salman's 1998 film Pyar Kiya To Darna Kya. They later composed music for several of Salman's films, including the Dabangg series. Wajid Khan also co-composed the songs Pyaar Karona and Bhai Bhai which were released by Salman on his Youtube channel, during lockdown.