Viral: This Pic Of Arjun Kapoor Was Shot "By Her" - Malaika Arora

Check out Arjun Kapoor as shot by Malaika Arora here 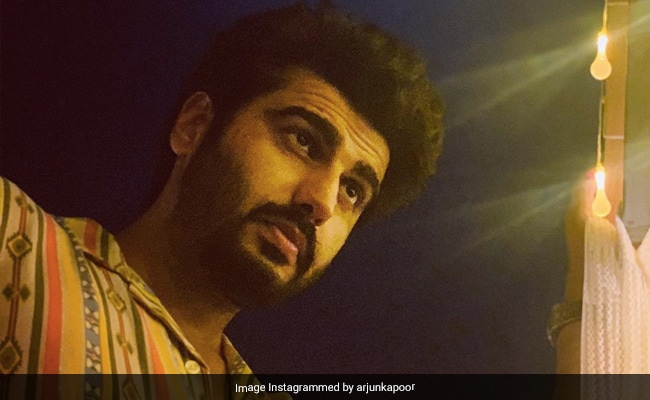 Arjun Kapoor began his Instagram week posting a series of pictures of himself hashtagged #MondayBlues - his Tuesday post, however, was anything but blue. Shared with an appropriately poetic caption, the picture of Arjun is now viral because of the photo credit. "By her," Arjun wrote rather coyly, with a smiley. "Her" being girlfriend Malaika Arora, it's safe to say. The picture is simply one of Arjun shot at an angle, a halo of moonlight and electric light giving the photo a naturally dreamy filter. Dreams and moonlight were both referenced in Arjun Kapoor's caption: "A dreamer is one who can only find his way by moonlight..."

Check out Arjun Kapoor as shot by Malaika Arora here:

Arjun Kapoor and Malaika Arora both battled COVID-19 in October last year. Both quarantined at home and Arjun reported back at work after testing negative. Soon after recovering, he flew to Dalhousie to shoot for new film Bhoot Police. He and Malaika were later pictured in Dharamshala with Bhoot Police co-star Saif Ali Khan and his wife Kareena Kapoor, a very close friend of Malaika.

In December 2020, Malaika Arora and Arjun Kapoor headed to Goa to ring in 2021. Malaika shared this New Year post:

Arjun Kapoor has now resumed filming Bhoot Police, sharing this picture of the cast and crew flying to a location:

Arjun Kapoor made his debut in 2012 film Ishaqzaade. His credits since include Gunday, Aurangzeb, 2 States and Panipat. Other than Bhoot Police, Arjun is working on Ek Villain 2 and an untitled Yash Raj Films project. His lineup also includes Sandeep Aur Pinky Faraar.