Armaan Jain's wedding reception was surely a night to remember 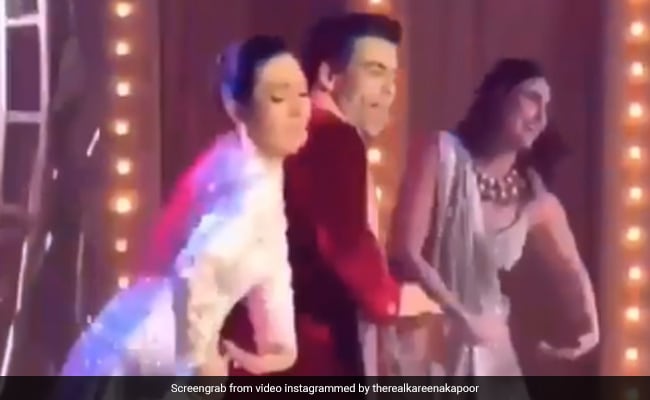 Kareena, Karisma and Karan Johar in a still from the video. (Image courtesy kareena.arabfc)

Shah Rukh Khan, Gauri Khan, Kareena Kapoor, Karisma Kapoor and Karan Johar put on their dancing shoes and grooved like nobody's watching. The occasion was Armaan Jain and Anissa Malhotra's wedding reception. Gauri Khan and Shah Rukh Khan danced to the song Saadi Gali from Tanu Weds Manu and they did a fabulous job. It is hard to imagine a Bollywood wedding without the song Bole Chudiyan from Karan Johar's 2001 film Kabhi Khushi Kabhie Gham... and Kareena, Karisma and KJo took care of that. Kareena, Karisma and KJo, who attended the Mumbai reception on Tuesday night, can be seen doing the iconic hook step of Bole Chudiyan and who would know it better than Karan Johar (who directed the film) and Kareena (who featured in it). The video was shared by several fan clubs on Instagram and it is spreading like wildfire on social media.

Check out the videos here:

Wait! There's more. Karan Johar and Gauri Khan danced to Kajra Re. Check it out without much ado.

For Armaan Jain's wedding reception, Shah Rukh Khan wore a classic black outfit and Gauri Khan looked gorgeous in a silver gown. Karisma Kapoor wore a traditional white suit from the shelves of Manish Malhotra. Karisma's daughter Samiera wore a matching lehenga. Kareena looked stunning as ever in a mint green lehenga. Karan Johar opted for a bright red kurta and he accessorised it with a quirky stole. See the pictures from last night here: 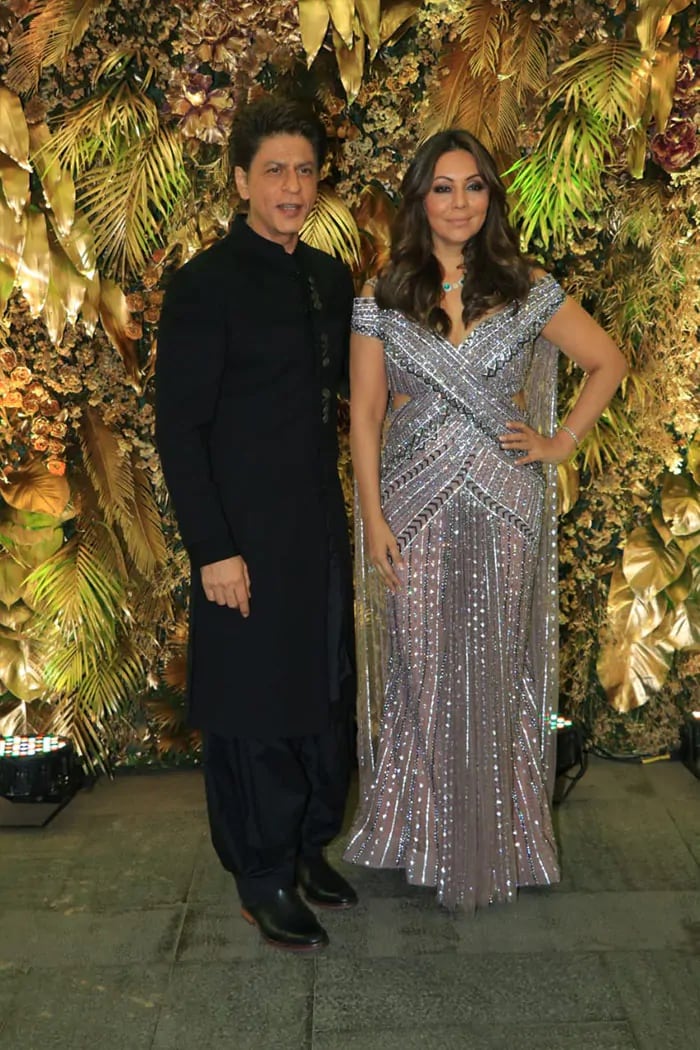 SRK and Gauri Khan at the reception. 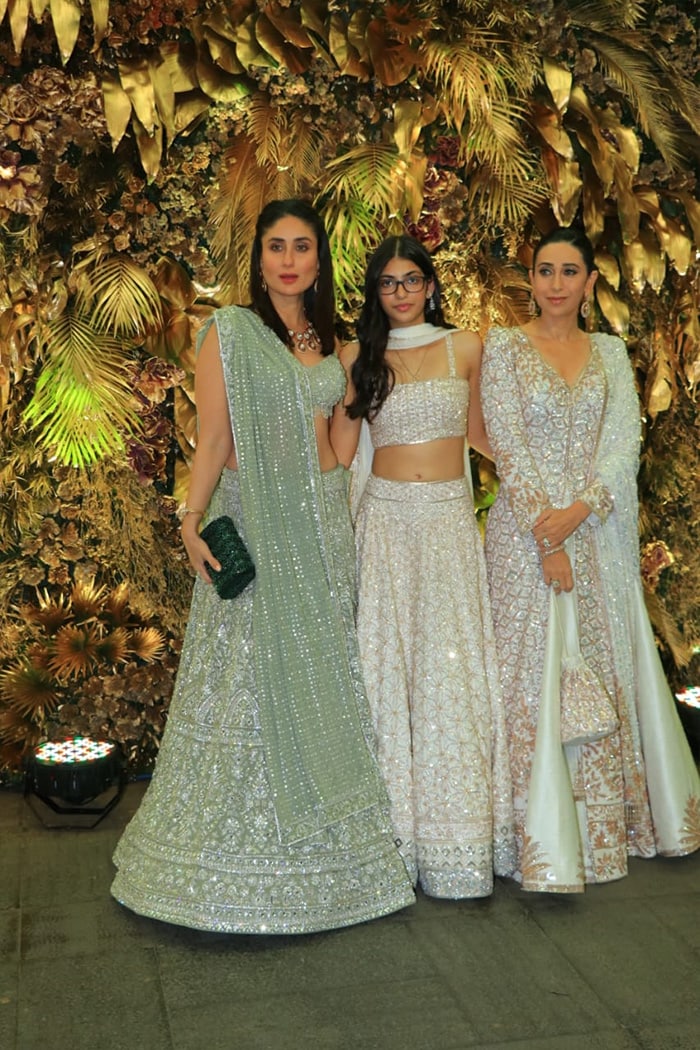 Kareena, Samiera and Karisma at the reception. 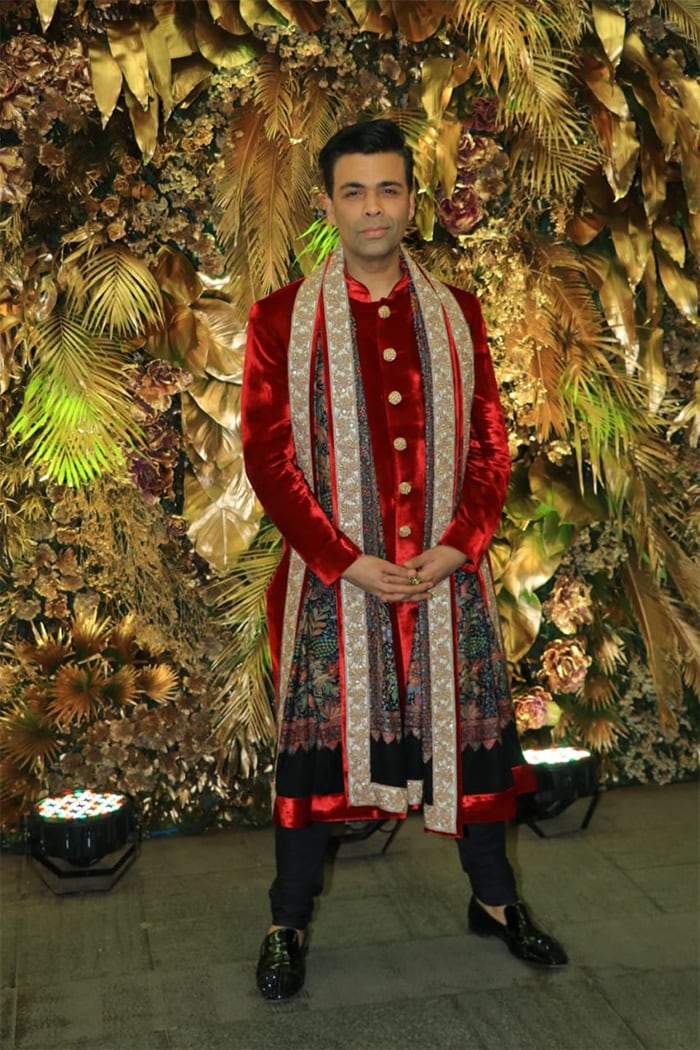 Karan Johar at the reception. 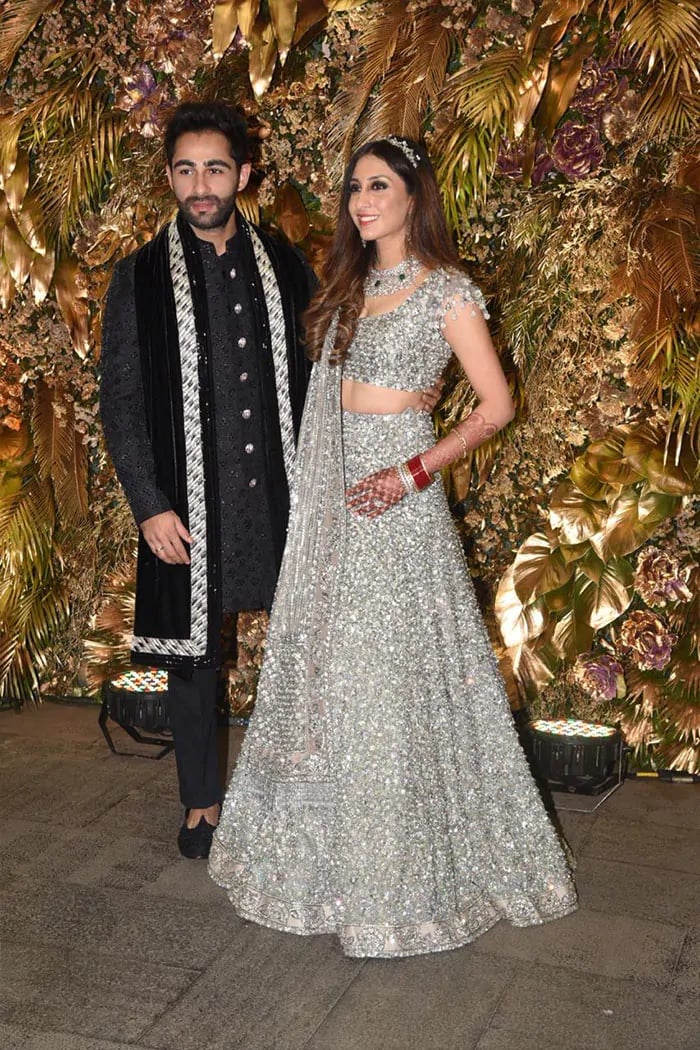 Armaan Jain married his long-time girlfriend Anissa Malhotra in Mumbai on Monday night. See the pictures from the wedding:

Finally #anissamaangayi ! Welcome Mrs. Jain!! We both are so excited to begin our life together as husband and wife and want to thank everyone for all their love and blessings.... A big shout out to my incredible wedding management team @mtom_insta_stories @aartimanocha And thank you @sam_and_ekta for capturing this beautiful moment!

Kareena Kapoor and Karan Johar will soon team up for the period drama Takht. Kareena was last seen in the hit film Good Newwz, co-starring Akshay Kumar, Diljit Dosanjh and Kiara Advani. She will next be seen in Aamir Khan's Laal Singh Chaddha, which is a remake of the 1994 film Forrest Gump.