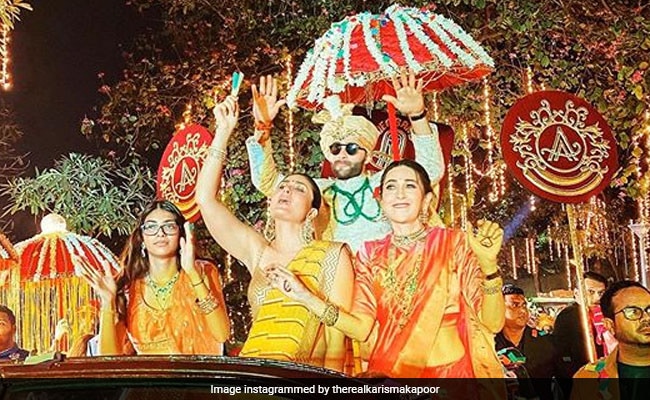 Karisma Kapoor just gave us a glimpse of her cousin Armaan Jain's big fat Bollywood style wedding. The actress shared snippets from his wedding, or his baaraat to be more precise and if we had to sum it up, we would just describe it as fun and frolic. On Monday night, Karisma managed to scoop some time out of the wedding and shared a pictures from Armaan's baaraat, where she was joined by her sister Kareena Kapoor, and daughter Samiera. The picture also features the groom, who can be seen wearing a pair of sunglasses and his swag is just off the charts in the picture. "Baaraat mode," read the caption on her post and she accompanied the post with the hashtags #cousins and #familylove.

Meanwhile, Karisma shared a separate boomerang video which featured Armaan and Kareena and she captioned it: "Armaan ki baraat." Karisma added the hashtag #familyweddings to the post. Take a look at the post here:

The bride and groom stepped out for a photo-op. Anissa wore a red lehenga and Armaan completed her in a white sherwani. Take a look at the pictures here: 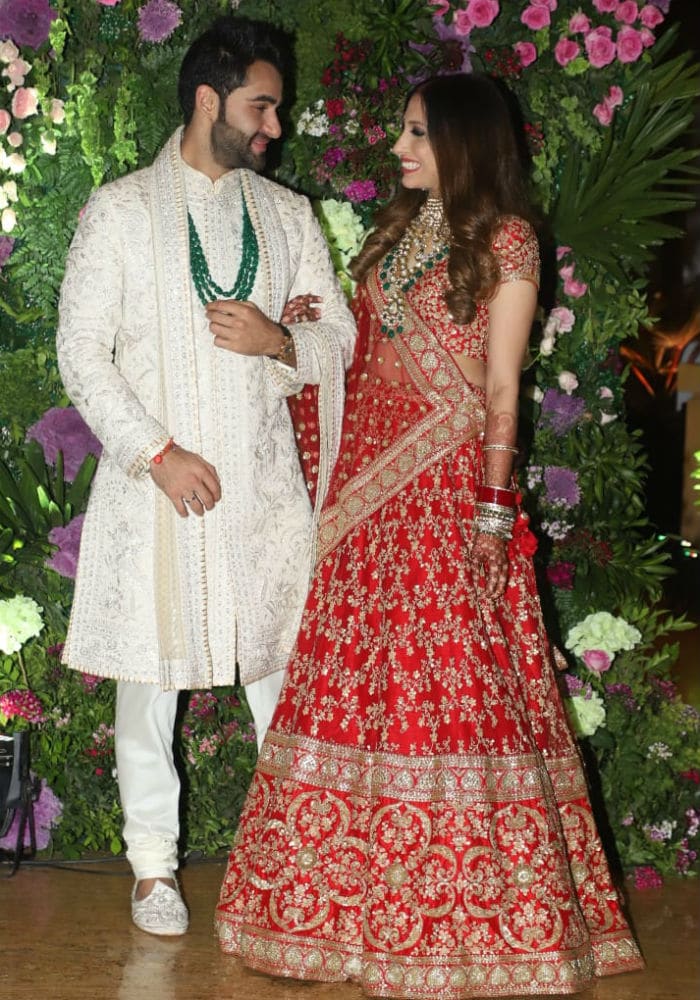 Armaan Jain and Anissa Malhotra were all smiles. 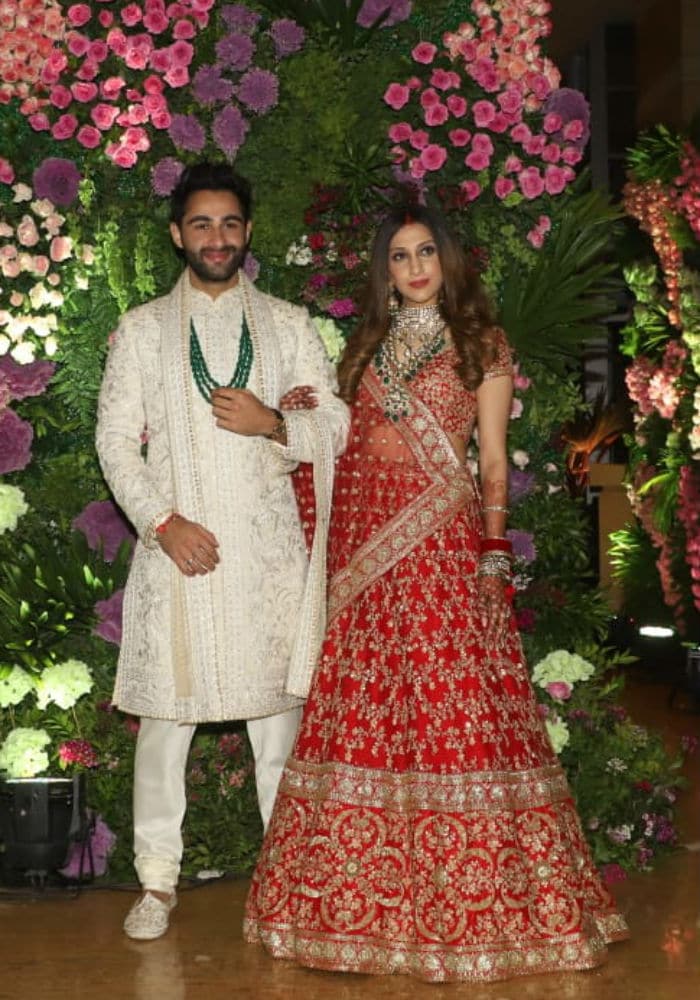 Armaan Jain and Anissa happily posed for the shutterbugs.

Armaan Jain got engaged to his long-time girlfriend Anissa at a private get-together in July, last year. Armaan Jain's cousin Karisma Kapoor was the first one to congratulate the couple on Instagram - she shared a few glimpses from the engagement on her Instagram stories and she wrote: "Congratulations to my favourite cuties."