Bennifer made their relationship Instagram official on JLo's birthday this year 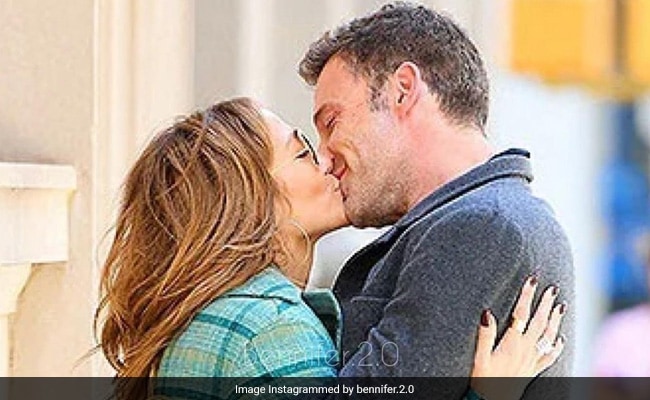 Hollywood's old-new couple Jennifer Lopez and Ben Affleck are trending once again, courtesy their PDA pictures that are going insanely viral. A few days ago, the star couple was seen strolling on the streets of New York. The couple was seen walking hand-in-hand and were even pictured kissing on the streets. The pictures have been shared by several fan pages dedicated to JLo and Ben Affleck. Earlier this month, the couple made a head-turning appearance together on the red carpet at the screening of The Last Duel during the 78th Venice Film Festival. They also trended big time for their PDA during this year's Met Gala.

A post shared by Fan Page of Bennifer (@bennifer.2.0)

Jennifer Lopez and Ben Affleck made their relationship Instagram official on the singer's 52nd birthday.