Chhapaak: Deepika's new look from the film is spreading like wild fire on social media 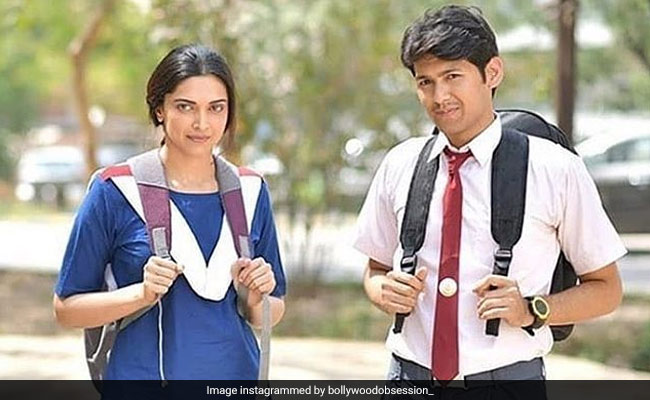 Deepika Padukone in a still from Chhapaak. (Image courtesy: bollywoodobsession_)

We have a treat for all the Deepika Padukone fans out there. The 33-year-old actress has been trending incessantly for a set of pictures from her forthcoming film Chhapaak, in which she can be seen dressed as a school girl. The now viral pictures have been curated by several fan clubs dedicated to the actress on Instagram (there are so many). In the picture, Deepika can be seen dressed in a navy blue salwar and kurta as she stands next to her co-star in the film. Deepika's hair is tied in a ponytail and she can be seen with a bag on her shoulders.

Check out the look here:

The film, which has been directed by Meghna Gulzar and has been produced the film's lead actress Deepika Padukone, became the center of controversy recently after a writer named Rakesh Bharti demanded writing credits for the film and filed a petition in the Bombay High Court. "Plaintiff had been approaching different artistes from time to time and accordingly have narrated the story to those artistes and producers for the purpose of taking the services," read the petition," read an excerpt from the petition filled by Rakesh Bharti, news agency ANI stated.

Chhapaak showcases the story of acid attack survivor named Malti. The film is based on the life of acid attack survivor Laxmi Agarwal. Other than Deepika, the film also stars Vikrant Massey. Chhapaak is slated to release on January 10, 2020 and it will clash with the period drama Tanhaji: The Unsung Warrior, which stars Ajay Devgn, Kajol and Saif Ali Khan.