The writer claimed that Chhapaak's story was originally conceptualised by him 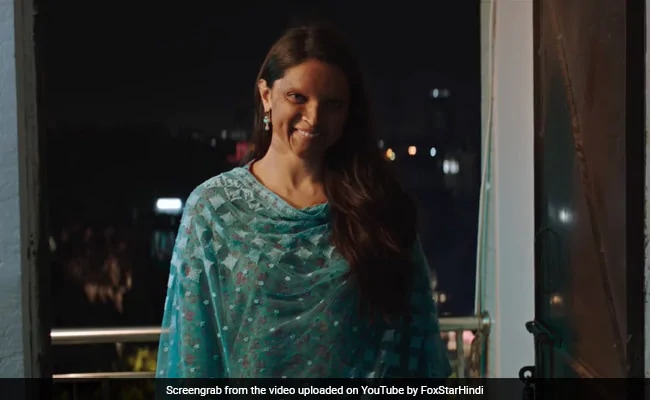 Chhapaak: Deepika Padukone in a still from the film. (Image courtesy: YouTube)

Just a few days before it's release, Deepika Padukone's Chhapaak found itself amidst controversy after a writer named Rakesh Bharti demanded writing credits for the film and claimed that he had written the original attack survivor's story on which the Meghna Gulzar-directed film is based. Mr Bharti took the matter to the Bombay High Court, news agency ANI reported. "Plaintiff had been approaching different artistes from time to time and accordingly have narrated the story to those artistes and producers for the purpose of taking the services," read the petition," read an excerpt from the petition filled by Rakesh Bharti, ANI stated.

Mr Bharti claimed that he had approached several artistes with his story and that the producers of the movie have "maintained the entire story" which was originally conceptualised by him. "Though initially, all those artistes showed their interest to work in the film, however, for one reason or the other, they kept on delaying the confirmation, with the result, the plaintiff could not start the production of the said film along with his son," read an extract from the petition.

The writer also demanded that a temporary order should be issued against the makers of Chhapaak and that the film shouldn't release in theatres till the time he is given writing credits for the film.

Chhapaak, directed by Meghna Gulzar and produced by the film's lead actress Deepika Padukone, is based on the life of acid attack survivor Laxmi Agarwal. The film also stars Vikrant Massey and it is scheduled to release on January 10, 2020. The film will clash with Ajay Devgn's period drama Tanhanji: The Unsung Warrior at the box office.

(With inputs from news agency ANI)