Meanwhile, Anurag Kashyap announced the he is stepping down from his duties as a board member of MAMI Mumbai Film Festival 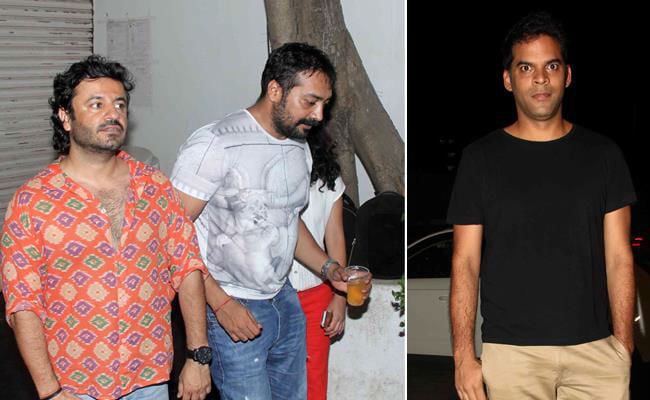 Filmmaker Vikas Bahl, implicated in #MeToo allegations, and his former business partner Anurag Kashyap took the top spot on the trends list today. Mr Bahl has been outed as an alleged sexual predator and Phantom Films, the production house he co-owned with Mr Kashyap, Vikramditya Motwane and Madhu Mantena, has been dissolved. On Wednesday, ANI reported that Vikas Bahl sent notices to Mr Kashyap and Mr Motwane saying he will sue for defamation unless they apologise for their tweets in which they said they believed him guilty of sexual misconduct. Anurag Kashyap has acknowledged he 'named and shamed' Mr Bahl in film circles. Mr Bahl has accused his former partners of professional jealousy.

Earlier today, Anurag Kashyap announced the he is stepping down from his duties as a board member of MAMI Mumbai Film Festival, until is it proved that he was not "complicit in silence" in the Vikas Bahl controversy. As per a Huffington Post India report, the disbanding of Phantom Films is believed to be the endgame of an investigation launched against Mr Bahl based on sexual harassment allegations levelled by a former colleague.

In the light of the current events , I have decided to step back from my duties as a board member from MAMI until the shadow of doubt of our alleged complicitness in silence and not doing anything about it , is cleared.

On the other hand I vehemently deny to have stayed silent on the issue & not doing anything about it for years. Can't explain further to people who don't understand due process, legalities. Have been resilient through all accusations , keep flinging them my way.

The accused was named and shamed a long time back. For people who don't read the details & only the headlines, I have no response. A lot of women work with me and have been around , I am answerable to them & they stand witness to our actions &our struggle to do the right thing.

The report revealed that Anurag Kashyap played a crucial role to ensure Vikas Bahl was held accountable for his alleged actions. However, the piece was also critical of Mr Kashyap's way of handling the matter, including the delay in calling Vikas Bahl out. In a series of tweets, Mr Kashyap denied being a silent spectator in the case and said he did all he could, including 'naming and shaming' Vikas Bahl, but admitted he had been 'ill-advised' on legalities.

Since the HuffPost expose, three actresses, including Vikas Bahl's Queen actresses Kangana Ranaut and Nayani Dixit, have accused him of sexual misconduct. Recently, actor Imran Khan also told Indian Express that "everybody in the industry knew about Vikas Bahl's behaviour."

Vikas Bahl has also reportedly been taken out from the promotions of Super 30 and he has been ousted from Kabir Khan's work-in-progress '83. Super 30 lead actor Hrithik Roshan has also promised to take "stricter actions" against the filmmaker "if need be."

After the #MeToo movement knocked on Bollywood's door, several prominent members of the film industry, including actors Nana Patekar, Alok Nath and Rajat Kapoor, singer Kailash Kher and poet-lyricist Vairamuthu, among others, have been outed as alleged sexual predators. Top film bodies have promised to take proactive measures based on the #MeToo stories. The Indian Film And Television Directors' Association or IFTDA on Tuesday sent a show-cause notice to Vikas Bahl.

Meanwhile, the MAMI film body has dropped two films from its line-up - one is Kadakh, which stars actor Rajat Kapoor, who recently apologised after twosexual harassment allegations. The other film is Chintu Ka Birthday, produced by AIB, which has been deeply implicated in #MeToo allegations. Former AIB member Utsav Chakraborty has been accused by women of sending them perverse texts while Gursimran Khamba has been accused of harassment. AIB co-founder Tanmay Bhat, who acknowledged that he knew of Utsav's alleged misconduct and did nothing, has 'stepped away' from the collective.