Vignesh Shivan Posted This For "Kanmani" Nayanthara And We Melted Instantly

"Thank you for being the pillar of strength in my life!" wrote Vignesh Shivan 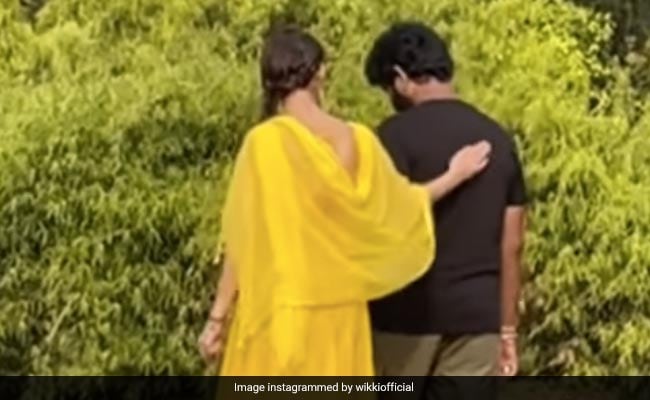 On Thursday, Vignesh Shivan shared a lovely and candid video of himself with his girlfriend and actress Nayanthara. Along with the video, he also wrote a note, in which, he thanked Nayanthara for all the support. Vignesh Shivan started the note by writing, "Dear Thangamey and now Kanmani ... thank you for being the pillar of strength in my life! The pat on the back that u give me .... ! How much u r there for me !!! Every time I have been low and clueless in my life! The way u have stood by me .. made me take decisions and how much u have been there for me as a companion .. all this makes me and this film complete! You are this film .. you are this success for me !!! It's all you and cos of you, my Kanmani."

Vignesh Shivan has directed Nayanthara in Kaathu Vaakula Rendu Kaadhal and the film released today. Thanking Nayanthara for letting him direct her, Vignesh Shivan wrote, "Today to see you sparkle on screen .. #to direct you again and bring the best out of you! Makes me happy as a director :)) it's always a heartwarming experience to work with you! As We promised and planned, we have made a good film and made an equally good character as solid as Kadambari! I hope u r happy with Kanmani too :) All love & thank you."

Nayanthara and Vignesh Shivan first met each other on the sets of Naanum Rowdy Dhaan. In 2016, the couple confirmed their relationship at an award ceremony in Singapore.

On the work front, Nayanthara will next be seen in Atlee's next.

Move Over Monday, Aishwaryaa Rajinikanth's "Tuesday Turned Out Quite Blue"