Vicky Kaushal celebrated his birthday in New York with his wife, actress Katrina Kaif by his side 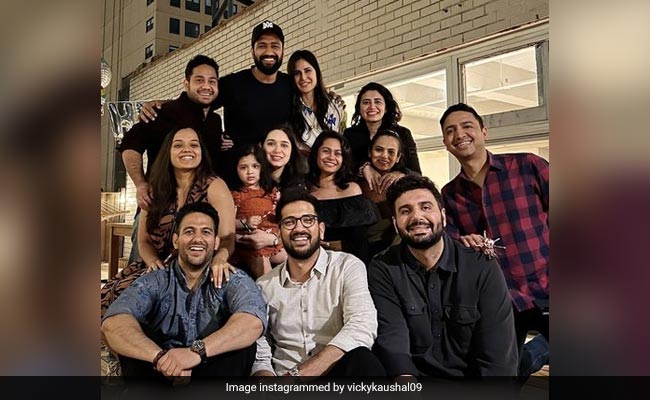 Vicky Kaushal celebrated his birthday with Katrina and his friends. (courtesy: vickykaushal09)

Vicky Kaushal celebrated his 34th birthday on Monday (May 16) and social media was flooded with wishes for the star. The actor spent his first birthday as a married man with his wife, Katrina Kaif by his side. The power couple marked his special day in New York. Vicky and Katrina were joined by friends for an intimate rooftop party at the Big Apple. Giving us a glimpse of how he spent his birthday, Vicky has shared a bunch of pictures and videos on Instagram. In the post, there is also a video of Vicky cutting his cake with Katrina by his side, smiling at him fondly. Along with the pictures, he posted a gratitude note. In it, he said, “Swinging into the new year with my favourite people. My heart is filled with utmost joy and gratitude.”

Thanking his fans and well-wishers, Vicky Kaushal said, “Thank You everyone for sending me all your love and warm wishes. Pyaar pyaar aur bohot saara pyaar (Love, love and lots of love),” with a heart and hug emoji.

On Monday, Katrina Kaif shared two pictures with Vicky Kaushal wishing him. She dedicated a sweet note to him that said, “New York Wala Birthday. My heart. Simply put. You make everything better.” In response to Katrina's wish, Vicky said, “Shaadishuda wala birthday” with heart emojis.

On her Instagram Stories, Katrina Kaif shared a photo of Vicky Kaushal posing with a menu. And, this was no ordinary menu but one that was made especially for his birthday titled "Vicky's Pre-Birthday Bash" menu. 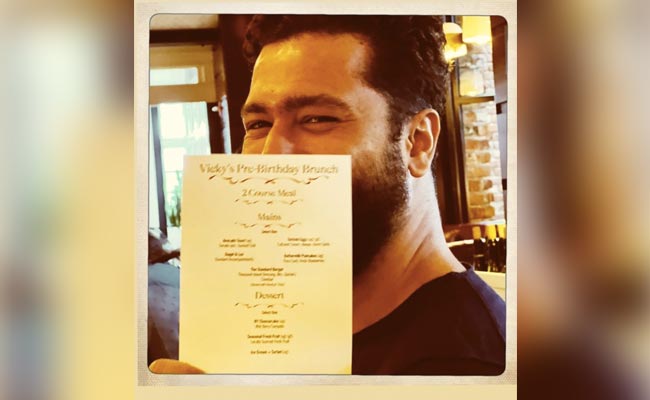 Vicky Kaushal replied to the post with a bunch of heart emojis.

Vicky Kaushal will be seen in a bunch of exciting projects including Govinda Naam Mera, Laxman Utekar's untitled next and Sardar Udham.