Vicky Kaushal Gets A 'Savage' Reply From Young Fan. This Will Crack You Up

Vicky Kaushal was outside a restaurant when a young fan walked up to him to start a conversation. 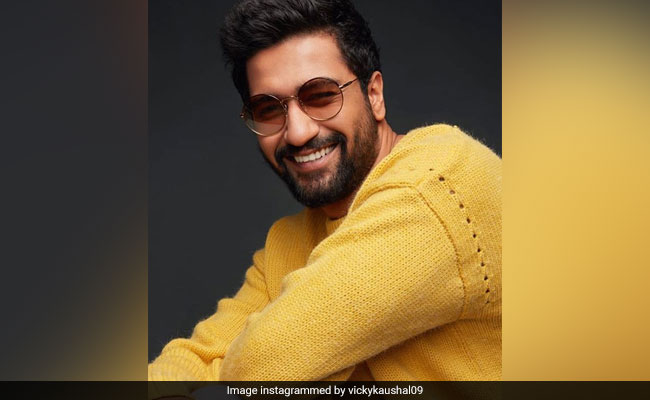 Actor Vicky Kaushal was stumped by the 'savage' answer a young fan gave him when the 31-year-old actor asked him, "Hey kid, where are you from?" Vicky Kaushal was exiting a suburban Mumbai restaurant when a young fan walked up to the Uri star to strike a conversation. Replying to Vicky, the little fan said, "My home." Ouch! Vicky Kaushal was clearly bemused as he recounted the interaction on his Instagram story. Going by the pictures, the little kid, not more than four or five-years-old, looked super comfortable chatting with Vicky Kaushal, who recently won his first Best Actor National Award. 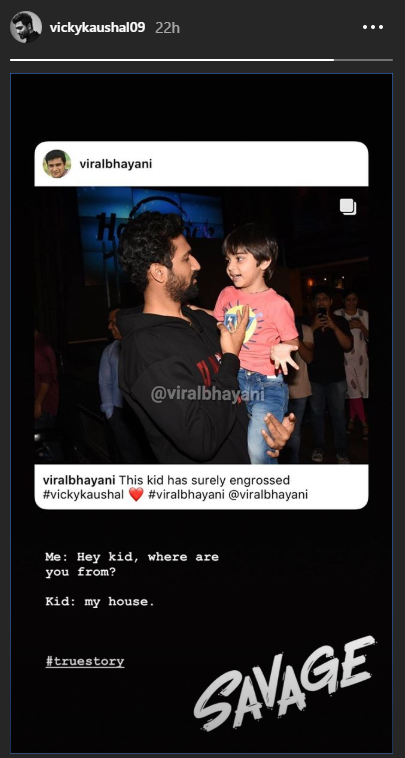 Vicky Kaushal was reportedly stepping out of a party to celebrate the success of the song Pachtaoge, in which he features with Nora Fatehi. Vicky Kaushal is currently basking in the success of his National Award win for his role in Uri: The Surgical Strike - he won jointly with actor Ayushmann Khurrana for AndhaDhun.

On the work front, Vicky Kaushal is filming Sardar Udham Singh with director Shoojit Sircar. Vicky plays the title character in the biopic on Udham Singh, who assassinated Michael O' Dwyer in 1940, to avenge 1919 Jallianwala Bagh massacre in Amritsar. The film is expected to open in cinemas in 2020.

Vicky Kaushal also stars in Karan Johar-produced Bhoot - Part One: The Haunted Ship, slated for release in 2019. He will start filming Takht along with Ranveer Singh, Kareena Kapoor, Alia Bhatt and Anil Kapoor later this year. Takht is directed by Karan Johar.