Swara Bhasker has been criticised for her statements about Pakistan, for which she had once said 'every city fails in front of Lahore' 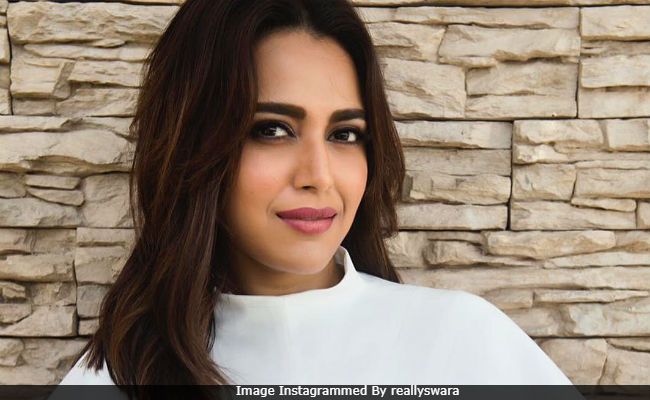 New Delhi: Back in 2015, when Veere Di Wedding actress Swara Bhasker had visited Pakistan, she had praised the country and said that 'every city fails in front of Lahore,' claimed Pakistani actress Urwa Hocane, in a tweet she posted over the weekend. Swara has been criticised for her contradicting statements about Pakistan and to support her views, Urwa posted two clips. The first is from an interview Swara gave to a Pakistani channel during her visit and the other is from her recent interview with team Veere Di Wedding to an Indian news channel, where she describes Pakistan as a 'failing state.' "Need I say more?" Urwa wrote while tagging Swara in the post.

"Pakistan is not like how it is described. I swear, I have been to many places like London, New York, Istanbul, Paris but every city fails in front of Lahore," is what Swara says in the old video, posted by Urwa. And, in the second one, she points out that Pakistan is a 'non-secular state' and adds, "I don't understand why we keep taking pleasure and self-worth from all the silly things that happen in Pakistan."

Also, in a series of tweets addressed to Swara, Urwa wrote, "This only reflects on you as an ignorant person who is also quite contradictory in her own statements. It's not a failing state for sure but you come across as a 'failing human being'."

From the citizen of the Phenomenal Pakistan

Swara Bhasker, who has been trending on and off a couple of reasons apart from Veere Di Wedding, hasn't yet responded to Urwa, but has tweeted to posts addressed to her over the 'hatred.'

Looks like Indo-Pak peace is on the horizon! #DushmanKaDushmanDostpic.twitter.com/sq4foSDhFc

Dushman ka dushman Dost!!! I'm totally okay with with being the dushman in this case if it brings some dosti to us bickering neighbours :) :) Peace and love guys! https://t.co/Fz82K6Wj9b

Meanwhile, on Sunday, Swara replied to tweets condemning her for a particular scene in Veere Di Wedding, for which she received severe backlash. Swara hit back by saying they were 'paid trolls.'

Promoted
Listen to the latest songs, only on JioSaavn.com
In April, Swara had blasted Twitter users for 'photoshopping' her tweets and 'spreading lies.' For her tweets, in which she was brutally trolled for 'posing with make-up' for #JusticeForOurChild campaign, started after the Kathua rape case. Before this, Swara featured in headlines for her open letter on how she felt "reduced to a vagina" while watching "Padmaavat", directed by Sanjay Leela Bhansali. Her op-ed, published on The Wire, was critical of the film's glorification of jauhar and sati.

Meantime, Swara's Veere Di Wedding, in which she co-stars with Kareena Kapoor, Sonam Kapoor and Shikha Talsania, opened to positive reviews and has earned over Rs 20 crore at the box office.