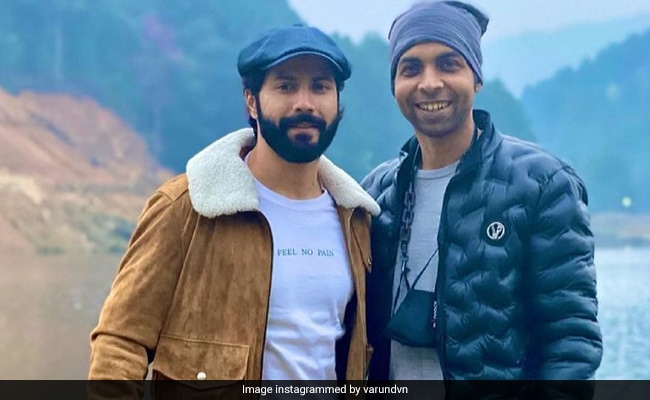 Actor Varun Dhawan is currently having the time of his life in Arunachal Pradesh and the proof is his latest Instagram post. The actor who has been shooting for his upcoming film Bhediya in the north-eastern state, shared a picture with his co-star Abhishek Banerjee on Tuesday. Varun shared the picture on Instagram and wrote: "Memories made forever Abhishek Banerjee #teambhediya." In the picture, the two actors can be seen posing against the backdrop of a serene lake which is situated in Arunachal Pradesh's Ziro. While, Varun can be seen donning a brown jacket and blue jeans, Abhishek wears a black puffer jacket that he paired with a pair of denims. In the picture, both the actors can be seen wearing caps to beat the Arunachal Pradesh's weather.

Talking about the memories that he is making with Varun in Arunachal Pradesh, Abhishek wrote: "Best oxygen waali memories," in the comments section of the post. In the picture, Varun and Abhishek can be seen posing near the same lake in which Varun had gone boating with his wife Natasha Dalal. The actor had earlier last week, shared two pictures from their romantic boat ride and wrote: "Not on a honeymoon." Varun and Natasha tied the knot earlier this year.

Earlier in the day, Varun had shared a video on his Instagram story in which he can be seen visiting the Sidheshwar Nath Temple in Arunachal Pradesh's Ziro. In the video, he can be seen walking towards the sanctum sanctorum of the temple with folded hands.

Here's a screengrab of Varun's story: 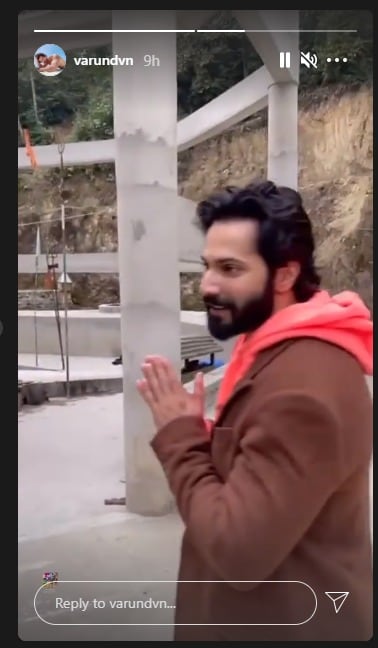 Varun has been shooting for horror-comedy Bhediya in Arunachal Pradesh since the beginning of this month. He has been pretty constant in updating his fans about his stay in the state as he keeps sharing pictures and videos on his Instagram feed. The Amar Kaushik directorial pairs Varun Dhawan with Kriti Sanon. The film is scheduled to release on April 14, 2022.