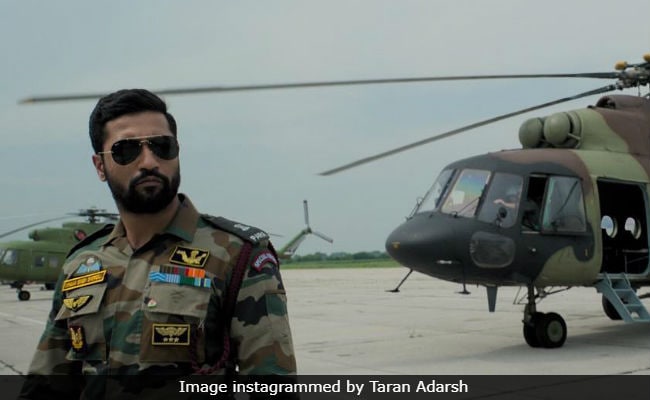 Uri: The Surgical Strike, starring Vicky Kaushal and Yami Gautam, continued with its 'sensational' run at the box office by collecting Rs 7.73 crore on Wednesday, reports trade analyst Taran Adarsh. The film's total collection so far is Rs 63.54 crore and the Aditya Dhar-directed film has set its eyes on the 100-crore bounty. "Uri: The Surgical Strike is sensational... crosses Rs 60 crore and (it is) en route Rs 100 crore-mark. (Uri) is a super-hit and on course to be a blockbuster," tweeted Taran Adarsh. Uri: The Surgical Strike destroyed The Accidental Prime Minister (which released on the same day) at the box office but more about that later.

Uri is based on the surgical strikes carried out by the Indian Army in Pakistan after 2016's Uri terror attack. The film opened to mixed reviews, which did not impact its performance at the ticket window.