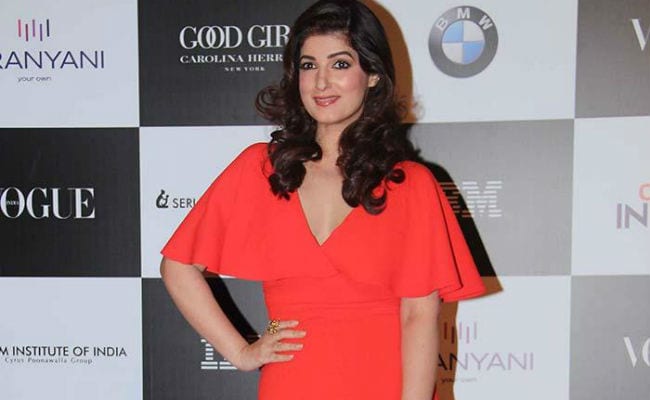 New Delhi: The Akshay Kumar-Mallika Dua controversy snowballed after the actor's wife Twinkle Khanna posted a statement on social media and later, she cracked two 'lame jokes' over it. Twinkle, an author, earlier said that she would like to be kept out of the entire controversy and issued a statement regarding it. The Internet described Twinkle's take on the controversy as 'disappointing.' On Friday evening, she offered an 'apology' via a lengthy post and shared it across all social media platforms. "As I reflect on my actions this past week, I realize that I got pulled into this debate not as a social commentator but as a wife and unlike my normal, slightly rational self, my reaction was purely emotional and without perspective, and I have been rather miserable about it ever since," Twinkle, 42, wrote.

Calling herself a 'feminist' from the time she was young, Twinkle further added, "I would like to apologize to everyone who felt that I was trivializing the cause of feminism especially because I strongly believe in equality and have been a feminist from the time I was a young woman, much before I even knew the term." She also mentioned that her five-year-old daughter Nitara was also 'dragged in the controversy for something that she had absolutely nothing to do with.'

This is what Twinkle poster earlier.

In The Great Indian Laughter Challenge, the judges ring a bell, if they like a contestant's act. Akshay's 'ring a bell' comment refers to the same. In the clip, which wasn't aired, Akshay Kumar can be heard saying, "Mallika ji aap bell bajao, main aapko bajata hun."

After the controversy started trending, Mallika's father Vinod Dua, told news agency IANS that he "expects an apology" from Akshay. Twinkle, in her statement, shared previously, wrote, "Should Mr Dua's statement also be taken literally or interpreted in context? Words, especially humour has to be seen in its right context." Vinod Dua had also posted a note of Facebook, which he later deleted.

Promoted
Listen to the latest songs, only on JioSaavn.com
Here's what the netizens thought of Twinkle's earlier posts.

really! There is no 'issue' stop making everything about women!

Akshay Kumar and Twinkle Khanna have been married since 2001. They have two children, son Aarav and daughter Nitara. Akshay's 2.0 and Padman releases next year. Twinkle Khanna is the author of two bestsellers - Mrs Funnybones and The Legend Of Lakshmi Prasad.