"HAHA... No": Twinkle Khanna Trolled For 'Lame Jokes' Tweet By Mallika Dua And The Internet 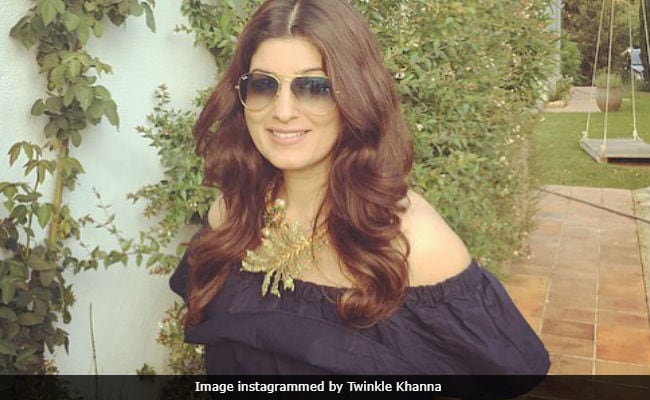 New Delhi: Twinkle Khanna shared two 'lame jokes' about her the ongoing controversy about her husband Akahsy Kumar's comments for his The Great Indian Laughter Challenge colleague Mallika Dua. Guess who did not find the jokes 'lame'? Yes, Mallika Dua. She reposted Twinkle's tweet and added: "HAHAHAHAHAHA....HAHA. No" Mallika Dua wasn't the only one unimpressed by this tweet, as the Internet thinks that Twinkle Khanna is "better than this." On Twitter user wrote: "I looked up to you till I read this tweet, This wasn't your best foot forward." On Sunday, Twinkle Khanna issued a statement regarding the controversy asking social media to keep her out of it.

And this is what Mallika Dua and the Internet thinks of it:

Kindly change your bio...your sermons on feminism are just an eyewash...your stand on this issue is disappointing

I looked up to you till I read this tweet, This wasn't your best foot forward.
A simple apology never hurts anyone,

To err is human but to make jokes on something which has made some feel small and humiliated is not human. You are better than this@mrsbones

In an unaired clip of The Great Indian Laughter Challenge, which found its way on the social media, Akshay Kumar can be heard saying, "Mallika ji aaap bell bajao, main aapko bajata hun." Mallika's father, journalist Vinod Dua, rebuked Akshay's language and wrote on Facebook (the post is now deleted): "I am going screw this cretin Aksahy Kumar." Defending her husband Akahsy Kumar, Twinkle said in her statement: "Should Mr Dua's statement also be taken literally or interpreted in context." She added: "Words, especially humour, have to be seen in its right context. I have always stood up for freedom within comedy including defending AIB's infamous roast on numerous occasion in the past and that is my stance even today."

Twinkle Khanna is the author of two bestsellers - Mrs Funnybones and The Legend Of Lakshmi Prasad. Akshay Kumar was last seen in Toilet: Ek Prem Katha and is awaiting the release of 2.0 and Padman in January 2018.
Comments
twinkle khannamallika duaakshay kumar