"A shout out to all the brave women making the world safer," read an excerpt from Twinkle Khanna's Twitter post on #MeToo 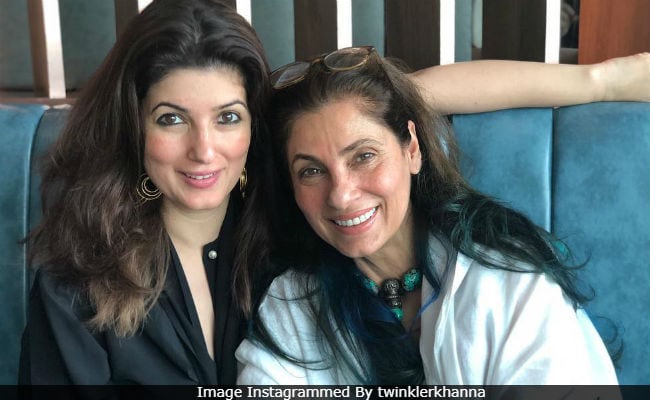 "A shout out to all the brave women making the world safer," read an excerpt from author Twinkle Khanna's Twitter post on #MeToo, in which she also revealed that she and her mother, actress Dimple Kapadia, had discussed experiences they 'internalised as working women' and that old wounds were brought up. 'Scabs picked at hurt again,' tweeted Ms Khanna - she didn't reveal what these were. Ms Khanna is currently on vacation in Italy with husband Akshay Kumar and daughter Nitara, but plainly found it hard to ignore the emerging stories of alleged harassment, abuse and assault. Twinkle Khanna's post, shared today, is the second time she's addressed #MeToo after having tweeted in support of actress Tanushree Dutta's account of being allegedly harassed by Nana Patekar 10 years ago.

Today, Twinkle Khanna tweeted: "Hearing stories, identifying in different ways has led to a churning within, long conversations, talking to my mom too about all the things we internalised as working women. Scabs picked at hurt again but it is worth it." The 43-year-old author, daughter of actors Rajesh Khanna and Dimple Kapadia, began her career as an actress. However, years later, she gave up her acting career to become an interior designer and later, an author.

Hearing stories,identifying in different ways has led to a churning within,long conversations,talking to my mom too about all the things we internalized as working women.Scabs picked at hurt again but it is worth it.A shout out to all the brave women making the world safer #MeToo

The #MeToo movement has gained momentum in India after Tanushree Dutta named and shamed Nana Patekar some weeks ago. She alleged that her Horn 'Ok' Pleassss co-star Nana Patekar harassed her on the sets of the film in 2008. Ms Dutta later quit the film. Now, she has gone both to the police as well as to the commission of women.

Twinkle Khanna was amongst the very few prominent personalities who spoke out in support of Tanushree Dutta. Later, tweets from Sonam Kapoor, Priyanka Chopra, Parineeti Chopra, Swara Bhasker and others followed. Though Tanushree Dutta acknowledged Twinkle Khanna's tweet of support, but also pointed out that her husband Akshay Kumar is currently working with Nana Patekar for an upcoming film (Housefull 4).

Here's what Twinkle Khanna had tweeted for 'brave' Tanushree Dutta.

If you would like to share any information relevant to NDTV, please email worksecure@ndtv.com
Comments
Twinkle Khanna#MeToo