Tanushree Dutta To Twinkle Khanna: 'Thank You For Supporting Me, But What About Akshay Kumar Working With Nana Patekar?'

Tanushree Dutta acknowledged Twinkle Khanna's tweet of support, but also pointed out how Akshay Kumar is working with Nana Patekar 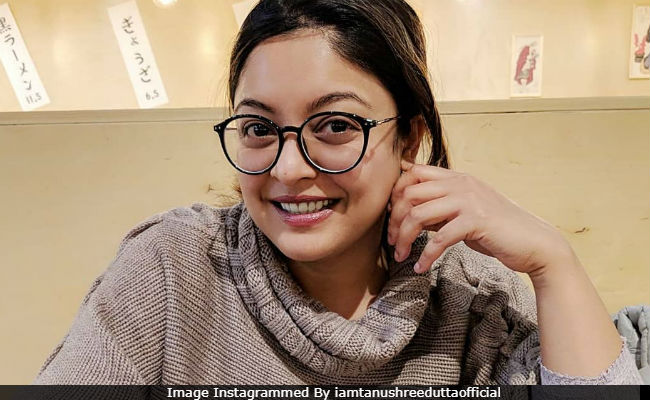 Actress Tanushree Dutta, who named Nana Patekar for allegedly harassing her on the sets of 2008 film Horn 'Ok' Pleassss, has acknowledged author Twinkle Khanna's tweet of support, but also pointed out her husband Akshay Kumar is currently working with the 67-year-old actor for an upcoming film. In an interview to Zoom TV, Ms Dutta said, "Thank you ma'am for supporting me but your husband is about to or is even shooting the film with Nana Patekar. What about that?" Akshay Kumar shares screen space with Nana Patekar in the work-in-progress film Housefull 4. Filmmaker Farah Khan had earlier this week posted a photo of a smiling Nana Patekar with other Housefull 4 co-stars Kriti Sanon and Pooja Hegde, and the caption clearly gave no indication of the raging controversy.

"A working environment without harassment and intimidation is a fundamental right and by speaking up this brave woman helps pave the way towards that very goal for all of us," tweeted Twinkle Khanna on Friday, with a link to tweets shared by journalist Janice Sequeira, who said she was on set the day of the alleged harassment.

"That is the question I am asking and how much of that support is genuine because if it doesn't result in any kind of disciplinary action. They have not apologised to me and they are already spinning lies so when you go ahead and work with them they have the sense of victory," Tanushree added.

Reacting to Priyanka Chopra's tweet, Tanushree Dutta told Zoom TV, "It's amazing, finally she decided to join the bandwagon. It's probably a smart thing to do as this point of time but I want people to know that I'm not going to be reduced to a survivor. I have a name, I have a story and I have this truth that I'm trying to get out because it's not for me, it's for the people and the generations to come."

Tanushree had previously criticised Rajinkanth and Akshay Kumar for making films with Mr Patekar and added adding that there's "no hope for any movement to happen if big stars" do not boycott actors like Nana Patekar.

In her interview to Zoom TV, Tanushree Dutta, in particular, mentioned about Farhan Akhtar, who was perhaps the only male actor to have voiced his support in favour of her. "Farhan is the lone-wolf when it comes to the men speaking out," she said.

This thread is very telling. @janiceseq85 was there at the time of the incident being debated today. Even when #TanushreeDutta had career concerns to keep quiet 10 years ago she did not & her story hasn't changed now. Her courage should be admired, not her intention questioned. https://t.co/Ola3MNdmtS

"It's great that we have such big names from the speaking out about it. I admire the fact that these women have come forward, but if you actually see, Sonam, Swara and Richa have always been vocal about such issues," Tanushree Dutta added.

Top stars like Amitabh Bachchan and Aamir Khan at the trailer of Thugs Of Hindostan had neatly dodged questions on the controversy while on Friday, Salman Khan said that he's "not aware" of it. However, Tanushree Dutta told DNA that Irrfan Khan and Suniel Shetty stood up for her while filming 2005's Chocolate when the director (Vivek Agnihotri, whom she didn't name) allegedly instructed her to "take her clothes off and dance" for a scene.

On Friday, Nana Patekar's lawyer told news agency ANI that they are taking legal action against the actress, saying: "She has made false allegations and has spoken untruth. We will send the notice later today which will be basically a notice seeking apology for her statements making allegations."