Salman Khan 'Not Aware' Of Tanushree Dutta Vs Nana Patekar. Maybe He Should Get Onto Twitter More Often 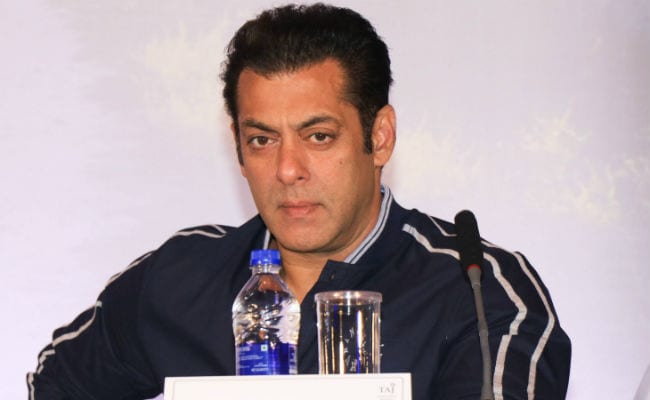 Salman Khan's response to Tanushree Dutta's harrowing story of allegedly being sexually harassed by Nana Patekar might actually be worse than Amitabh Bachchan's refusal to comment. Ms Dutta has accused Mr Patekar of sexually aggressive behaviour on a film set 10 years ago and of sending goons to threaten and intimidate her when she rejected him. Mr Patekar is now taking legal action. Apparently, Salman Khan doesn't know any of this. Asked by a (female) reporter at a sports-related event about the controversy, Salman claimed ignorance. "I'm not aware of this, my dear. Let me know and understand what is happening... If we see what is going on, I am not aware of what you are talking about," the 52-year-old star said. Please note the condescending 'my dear.' Oh boy. Watch what he said:

If Salman Khan truly has no idea what's been going on in the very world he inhabits, we suggest he get onto Twitter more often. Not only have two women, a journalist who was on set the day the alleged harassment took place and an assistant director working on the 2008 film in question, tweeted to corroborate much of what Tanushree Dutta, several of Salman's film colleagues have also posted tweets in support of Ms Dutta. #ISupportTanushreeDutta and similar hashtags have been trending and, really, all Salman had to was to go across to Twinkle Khanna's Twitter or Farhan Akhtar's Twitter or Priyanka Chopra's Twitter or Sonam Kapoor's Twitter for a quick summary of what the controversy is.

If a women speaks out about abuse, you listen. Even if it's on her deathbed 50 years after the incident,you listen. If you ask why she didn't speak earlier or you rush to dismiss her, the problem is with you. There will be investigation; but first, listen. Period. #TanushreeDutta

Amitabh Bachchan said at the Thugs Of Hindostan trailer event yesterday, "My name is neither Tanushree nor Nana Patekar, how can I answer your question." His co-star Aamir Khan's words were only marginally better. "Without knowing the veracity of something, it's not right for me to comment on it. But whenever something like this does happen, it's a sad thing," said Aamir, adding that "people should investigate if it happened." Which begs the question - who? Who should investigate, when the industry's most powerful claim blissful oblivion?

In today's development, Nana Patekar's lawyer told news agency ANI, "(We are) in the process of sending legal notice to Tanushree Dutta as she has made false allegations and has spoken untruth. We will send the notice later today which will be basically a notice seeking apology for her statements making allegations."

On Friday, Tanushree Dutta also leveled allegations against filmmaker Vivek Agnihotri, saying he had asked her to strip on the sets of 2005 film Chocolate. However, her male co-stars Irrfan Khan and Suniel Shetty intervened.