Twitter, where several users have shared Ms Nanda's post, has put two and two together and come up with a name: Alok Nath 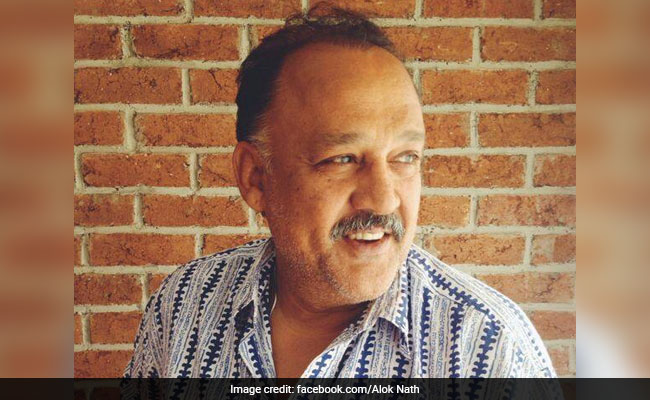 Twitter has come up with a name: Alok Nath (courtesy alok.nath.395454)

Of all the #MeToo stories that have emerged so far on social media, writer-director-producer Vinta Nanda's account of being raped and violated is perhaps the most harrowing. Ms Nanda omitted one crucial detail from her incredibly brave Facebook post - the name of her alleged rapist. But she didn't need to tell the world who he was. Her description of him as a lead actor on 90s TV show Tara and her use of the term 'sanskaari' was identification enough. Twitter, where several users have shared Ms Nanda's post, has put two and two together and come up with a name: Alok Nath. Mr Nath has acquired the 'sanskaari' tag by playing a series of virtuous and honorable father figures. Now, Twitter is buzzing with calls for him to be prosecuted and jailed.

Vinta Nanda's post makes for heart-wrenching and shocking reading even for the most cynical. She reveals that the actor who allegedly raped her first harassed the lead actress on the sets of Tara - Navneet Nishan, not named in the post - and that his alleged conduct got so bad that Ms Nanda and her production associates decided to let him go. Pressure from the TV channel ended with Tara going off air abruptly and Ms Nanda's other shows being cancelled as well.

Then came Vinta Nanda's personal and terrifying trauma - the actor raped and brutalized her, she says. In her own home. And he did it a second time. For nearly 20 years, it has scarred her.

Her last words are a damning identification: "Irony is that the man, the predator in question here is the actor par excellence who is known as the most #Sanskaari (Cultured) person in the film and television industry."

In the comments section and as well as on Twitter, those who recall the controversy involving Tara and Ms Nishan have been quick to out Alok Nath as the alleged predator. Angry tweets have condemned Mr Nath not just for his alleged misconduct but also for hypocritically having embraced the imputation of being 'sanskaari.'

If side heroes like #AlokNath can use their power to get their own way and commit a crime, how much abuse these superstars must be spreading with their clout!?

Im pretty sure most men in the film industry are experiencing sleepless nights these days as #aloknath -the so called #sanskaari bapuji makes it to expanding list of predators. Like Kangana said in a film - abhi toh inhe aur zaleel hona hai. Bring it on!

It was extremely hard for small town people to convince their folks to make a career in film industry. After #AlokNath#RajatKapoot#VikasBahal parents won't be wrong to say no. Shame on you guys for making it even tougher for us to make our dreams come true. #MeToo#MeTooIndia

Twitter has been the epicenter of an explosion of #MeToo allegations, many of them against prominent media men. Tweets have called out actor Rajat Kapoor and singer Kailash Kher for alleged harassment.

Off social media, actor Nana Patekar has been named by Tanushree Dutta as her alleged harasser on a film set 10 years ago. Ms Dutta has filed a police complaint against Mr Patekar and a film body she complained to a decade ago have now said they are prepared to reinvestigate her case after originally having ignored her.

Filmmaker Vikas Bahl has also been outed as an alleged predator by four women, two of whom are actresses he directed in Queen - Kangana Ranaut and Nayani Dixit. Mr Bahl's production house Phantom Films has been disbanded as a result of his alleged misconduct and actor Hrithik Roshan, whom he directs in new film Super 30, has promised to take a 'harsh stand if need be.'