"Now that I am getting so much of hatred, I am enjoying it," said Dalljiet Kaur 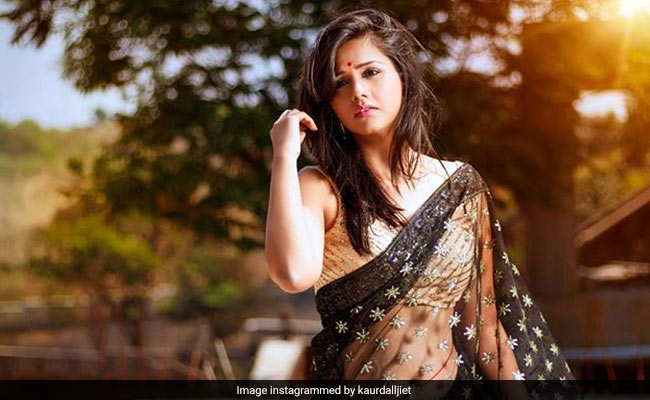 Television actress Dalljiet Kaur scored with an evil role in last year's show Qayamat Ki Raat. Now, she plays a "twisted" role in Guddan - Tumse Na Ho Payega, in which her character acts as an obstacle in Guddan and Akshat's love story. She says she gets flooded with hate mails but has no complaints. Dalljiet joined the show midway in the role of Akshat's (actor Nishant Malkani) first wife Antara. Fans have been rooting for Guddan (actress Kanika Mann) and Akshat to unite, but Antara's entry kick off a love triangle. "In the beginning, there was nervousness. Fans of the show asked me 'Why have you entered the show?' Now that I am getting so much of hatred, I am enjoying it," Dalljiet Kaur told select media, including news agency IANS in Mumbai.

"I have done lead roles, played good daughters-in-law, and people used to hug me. Now, people are angry with me. As an artiste, it is challenging. I remember my first scene had me saying 'shut up' to my co-actor. I immediately said sorry after that. Now, I have become a pro at playing bad," she further said.

Talking about her negative stint in Qayamat Ki Raat, Dalljiet Kaur said: "Technically, my first negative role was in Qayamat Ki Raat. I was playing a positive role and her character died. Then, she came back as a negative character." About her latest role in Guddan - Tumse Na Ho Payega, she said: "She is twisted. She doesn't like people being happy, so she creates problems for them." Director Subhash Jaiswal also joined the show's team midway with her. "I have been in the industry for 17 or 18 years, but it is different when you join a show midway. Fortunately, it has good artistes," said the director.

So, what's in store for the audience? "The drama will continue. Akshat and Guddan won't unite anytime soon. There will be obstacles," said Subhash Jaiswal, adding:"Generally, TV shows in India take a leap of 10 to 15 years. We don't want that."