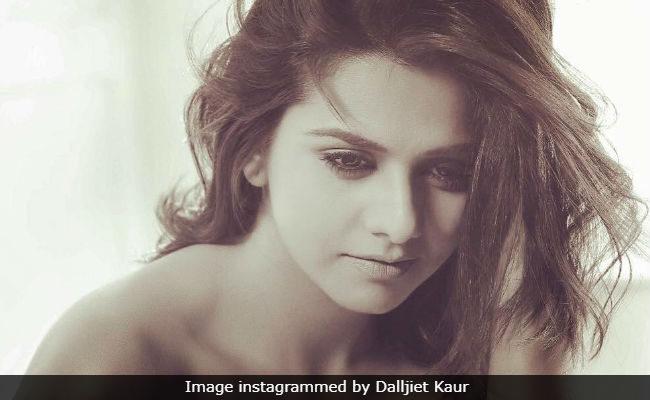 Actress Dalljiet Kaur, who divorced her husband Shaleen Bhanot (whom she accused of domestic violence) told news agency IANS that "society pulls you down," reports news agency IANS. Speaking about the time when she decided to end her marriage and raise her son Jayden single-handedly, Dalljiet, who is currently seen on TV show Qayamat Ki Raat told IANS, "When things were falling apart (between Shaleen and I), there were a lot of women who said 'Single mother? There will be men chasing you, you will have a terrible life and whoever will come, will not be able to take care of Jayden'. They just gave me a picture of a suicide... like 'your life is gone'."

"I am living my life. One thing I know is that I want to be happy. If I am going to be happy truly, Jayden and my parents will be fine. When a lot of things started falling apart, one thing I knew was what makes me happy the most is this career and money, because you cannot survive without it. I knew I can act to a decent level. So, I wanted to come back (to acting) and I wanted to work hard," she added.

However, return to the small screen was not easy. Dalljiet said that showrunners only wanted to cast her in the role of an onscreen mother. "I faced all of this for a year. I was looking young. They (makers) would approach me for a mother's role, but they would say 'You are looking young'. Then why are you not casting me for something else? Because I am a mother? So, the conflict of this thought level really used to depress me," she told IANS.

"I was auditioned for so many roles, but they were all fixed at 'You don't look like a mother and you don't look young' in their heads as they knew I go back to a son," she added.