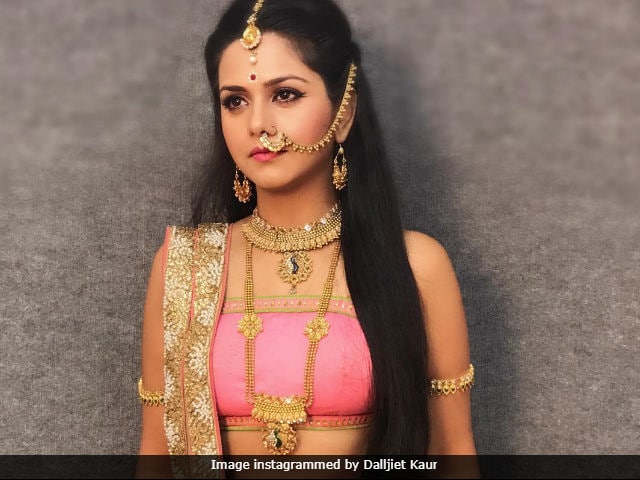 New Delhi: Television actress Dalljiet Kaur is on top of Tuesday's trends list and for those curious to know ahy, you've reached the right spot. Dalljiet Kaur has signed up a new television show, in which she will reportedly play the role of Maa Durga. Dalljiet Kaur, who has featured in shows like Kaala Teeka and Iss Pyaar ko Kya Naam Doon?, shared a picture of herself on Instagram and captioned it: "Power of a woman is personified in my new project." Fans of the actress love her new look for the show and have written (in comments section) that are eagerly awaiting gher comeback on the small screen. Take a look at the picture shared by Dalljiet on Instagram:

Power of a woman is personified in my new project... #somethingnew #womanpower

Speaking to Tellychakkar, Dalljiet said: "This is my first mythological show and I am looking forward to it. The show is very promising and my character is challenging to play. It takes me three hours to get into the Maa Durga's look." Maa Shakti will reportedly be a finite series, which will air during the Navratri.

Promoted
Listen to the latest songs, only on JioSaavn.com
Dalljiet was married to her Kulvaddhu co-star Shaleen Bhanot from 2009 to 2015. They have a three-year-old son Jaydon, who lives with Dalljiet after the couple divorced. Earlier, Dalljiet featured in headlines after she opened up about her alleged abusive relationship with Shaleen, which led to their separation and subsequent divorce.

Dalljiet says that she was out of work for a long duration and featured in Kaala Teeka as a mother of two only because she 'needed the money.' Speaking to Times Of India, Dalljiet said that she gave herself a makeover so that "when people are offering me work, they should do it willingly and it should not be under any pressure."