"Trauma sent me on a path I would have never found otherwise," wrote Trishala Dutt 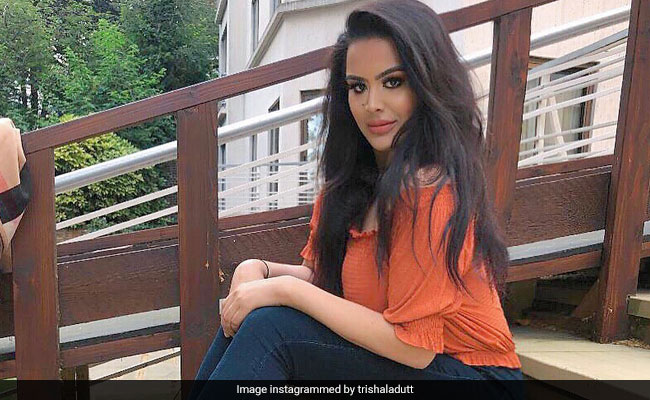 Sanjay Dutt's daughter Trishala Dutt, who was busy interacting with her Instafam on Tuesday, opened up during an Ask Me Anything session on Instagram. In one of her Instagram stories, Trishala revealed that she "values" her traumatic experiences the most in her life. Trishala began the note by writing, "Everyone hopes they'll avoid the worst life has to offer such as accidents, illness, loss or violence. Unfortunately, few of us will get through life unscathed. But it's not all bad news. Trauma can also be a powerful force for positive chance," she added, "Post-traumatic growth can be transformative. Post-traumatic growth can be powerful."

Trishala Dutt lost her mother Richa Sharma to brain tumor at a very early age. In 2019, Trishala announced the news of her boyfriend's death in an emotional social media post. She added in her note, "For me personally, trauma sent me on a path I would have never found otherwise. Growth begins with healing from trauma and with that, people have the capacity to do far more than just heal. Given the right environment and mindset, again, for me personally, I can change using the trauma, the suffering and struggle that ensues as an opportunity to reflect, and search for meaning in my life to ultimately become a better version of myself."

This is what Trishala Dutt wrote in her Instagram story: 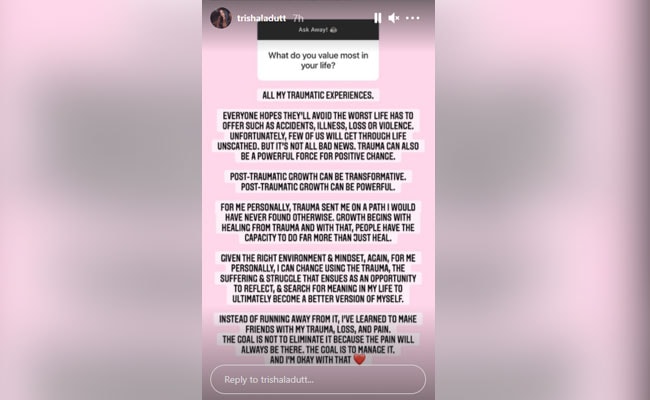 Trishala was raised by her maternal grandparents in USA, where she currently stays. Her father Sanjay Dutt is now married to Maanyata and the couple are parents to twins Shahraan and Iqra.