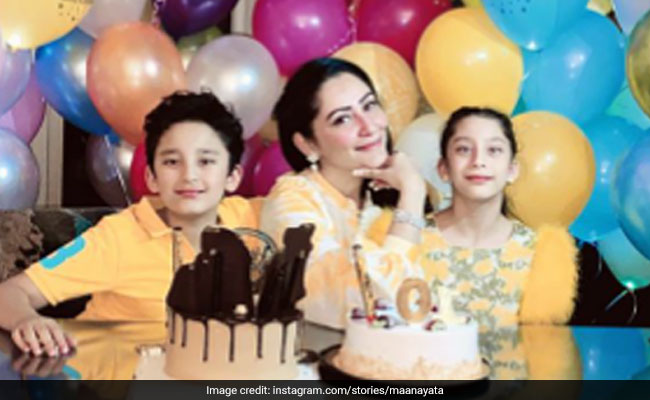 Sanjay Dutt, who is currently in Mumbai, found a way to be with his kids Shahraan and Iqra on their 10th birthday on Wednesday. The twins are currently staying in Dubai with their mother Maanayata Dutt, who shared snippets from the birthday festivities on her Instagram stories. In one of the pictures posted by her, we spotted Sanjay Dutt on a video call with a bright smile on his face. Shahraan, Iqra and Maanayata were seen dressed in colour-coordinated yellow outfits. She shared pictures from the festivities, in which the twins can be seen cutting their respective birthday cakes. 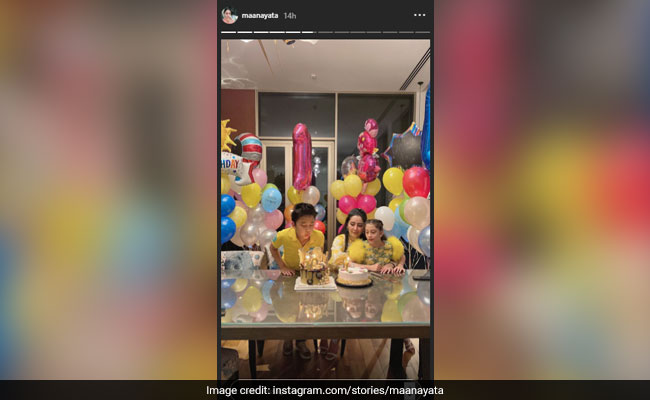 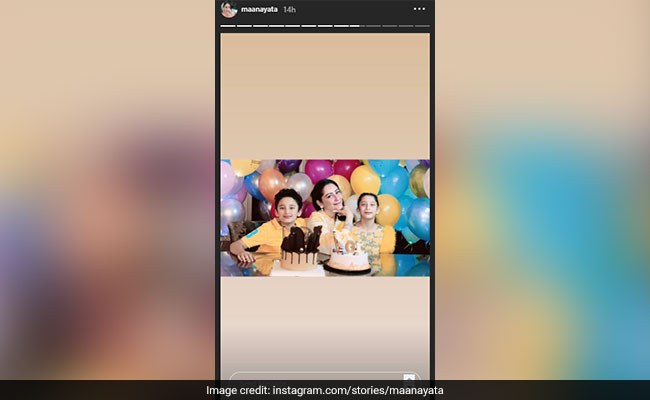 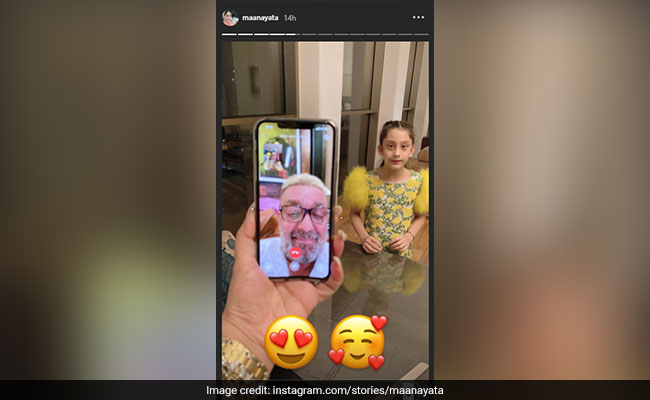 Sharing a birthday greeting for the twins, Maanayata wrote: "Happy birthday my babies... Celebrating the first double digit birthday already....Time just flies! I wish you courage, strength, health, happiness, success, patience and peace and the serenity to make the right decisions. Seeing you grow into beautiful wise children has made my life easy and blissful...God bless you both." In the comments section of Maanayata's post, Sanjay Dutt's daughter Trishala wrote: "Happy Birthday, my darlings."

Happy birthday my babies...celebrating the first double digit birthday already....time just flies!!! I wish you courage, strength... health, happiness, success, patience and peace. And the serenity to make the right decisions Seeing you grow into beautiful wise children has made my life easy and blissful...God bless you both!! #10thbirthday #love #grace #positivity #dutts #beautifullife #thankyougod

Meanwhile, on his kids' birthday, Sanjay Dutt shared the news of his recovery on social media. "Last few weeks were very difficult time for my family. But like they say, God gives the hardest battles to his bravest soldiers and today, on the occasion of my kids' birthday, I am happy to come out victorious of the battle and be able to give them the best gift I can - the health and well-being of our family," read an excerpt from his statement.

My heart is filled with gratitude as I share this news with all of you today. Thank you

Sanjay Dutt married Maanayata in the year 2008 and the couple are parents to 10-year-old twins Shahraan and Iqra. The actor was earlier married to Richa Sharma, who died of brain tumour in 1996, with whom he has daughter Trishala. She stays with her grandparents in the Unites States Of America.