KGF: Chapter 2 - Sanjay Dutt Is "Gearing Up For Adheera" And How

Sanjay Dutt, who is battling cancer, recently took a short break from work 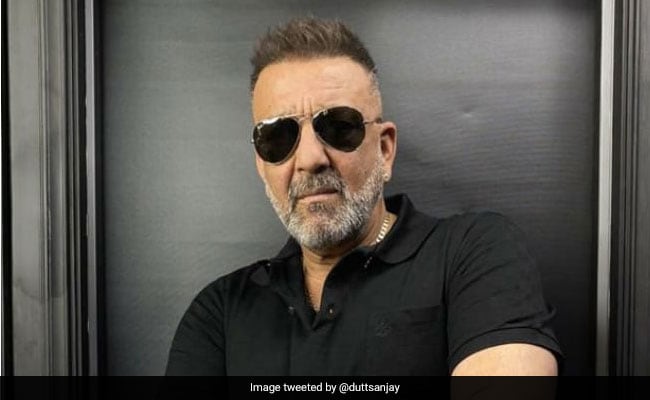 After a short break from work due to health issues, Sanjay Dutt is all set to start shooting his new film KGF: Chapter 2. The actor is prepping for his character in the film - Adheera - and how. On Friday, Sanjay Dutt posted a set of photos of himself and wrote: "Gearing up for #Adheera! #KGFChapter2." The 66-year-old actor looks stylish in a black t-shirt and trousers, which he paired with black sunglasses. KGF: Chapter 2 is the sequel to Yash's 2018 film KGF, which was a blockbuster at the box office. The second instalment will also star Raveena Tandon (more on that later).

Gearing up for #Adheera! #KGFChapter2pic.twitter.com/Yd2FHSUUYn

Recently, a video of Sanjay Dutt talking about being diagnosed with cancer for the very first time surfaced on the Internet. The video, shared by celebrity hairstylist Aalim Hakim, was recorded when the actor visited his salon for a haircut. In the clip, Sanjay Dutt also talked about KGF and shared the film's shooting will start next month. "Good to be back in the salon. Got a haircut. If you see this, this is a recent scar in my life, but I will beat it. I will be out of this cancer soon," he said in the video, adding: "I had shaved, but I need it for my look in KGF, which we are starting in November. I am happy to be back on the sets again. Tomorrow, I will be dubbing for Shamshera, so that will be fun. It's good to be back."

Sanjay Dutt was hospitalised last month after he complained of breathlessness. Soon after this, he announced a "short break from work." The actor was in Dubai with his wife Maanayata and kids last month.

Today...I want to thank God for the gift of family. No complaints...No requests... just to be together, forever. Amen #blessedbeyondmeasure #love #grace #positivity #dutts #beautifullife #thankyougod

Coming back to KGF: Chapter 2, Sanjay Dutt unveiled his first look from the film on his birthday this year. "It's been a pleasure working on this film and I couldn't have asked for a better birthday gift," he wrote while sharing the poster on July 29.

Sanjay Dutt joined the cast of the film last year. He announced the news on his birthday by introducing his character Adheera with this message: "Truly happy and excited to be a part of #KGF as #Adheera. See you soon, Monster!" KGF: Chapter 2 is expected to release in January next year.

Other than KGF Chapter 2 and Shamshera, Sanjay Dutt will also be seen in Torbaaz and Bhuj: The Pride Of India .