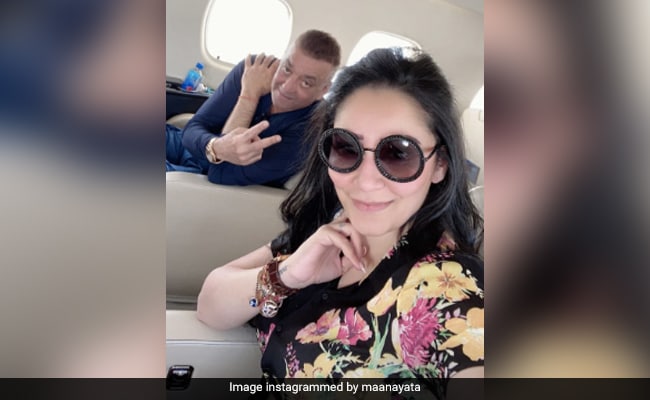 Sanjay Dutt's wife Maanayata shared a picture of themselves from a flight on Wednesday. It has been reported that the duo left for Dubai to meet their kids Shahraan and Iqra. Maanayata was living in Dubai with their kids during the lockdown. She returned to Mumbai last month after the actor, who is currently undergoing medical treatment, announced a "short break from work" but more on that later. According to a Times Of India report, Sanjay Dutt and Maanayata took a chartered flight to Dubai on Tuesday. "Sanjay is doing well, and is expected back home in just a week or 10 days. He wanted to see his twins, who are still in Dubai," the publication quoted a source as saying.

Take a look at the aforementioned picture of Maanayata and Sanjay Dutt, the caption on which read: "Enroute life." 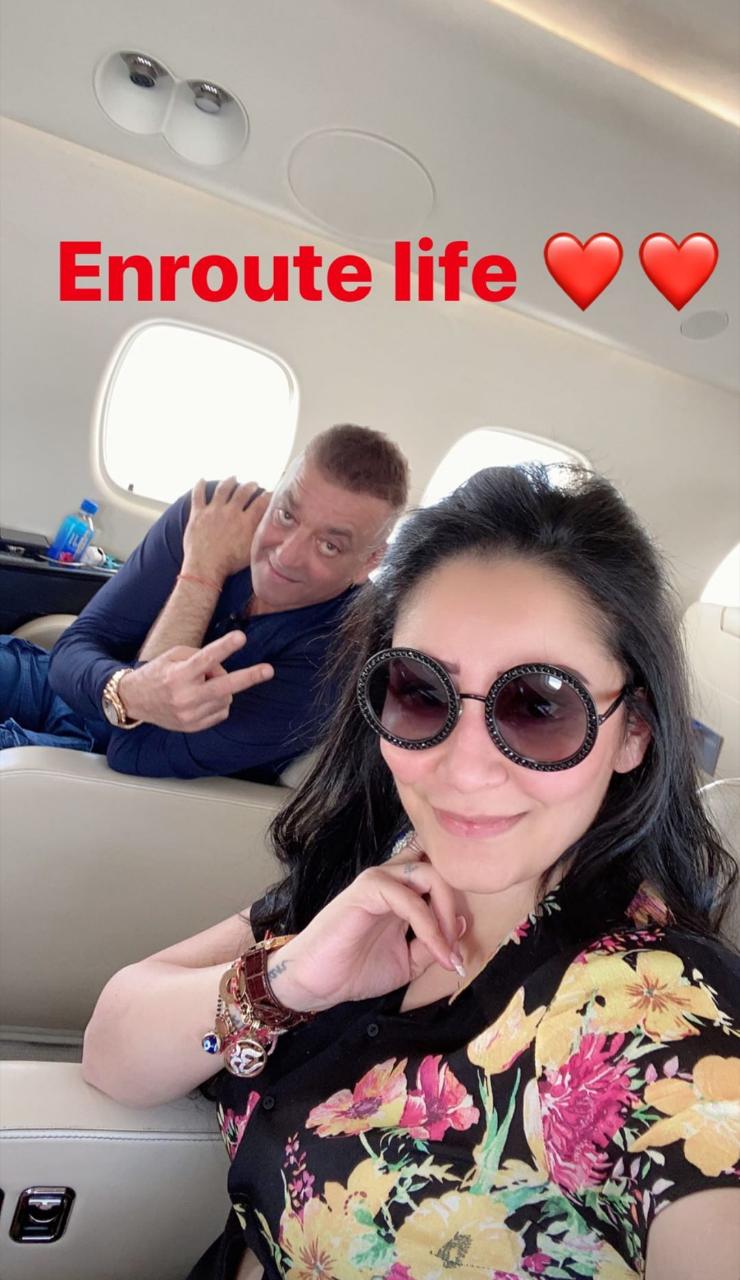 Maanayata also shared a glimpse of a special treat that they received in the flight. 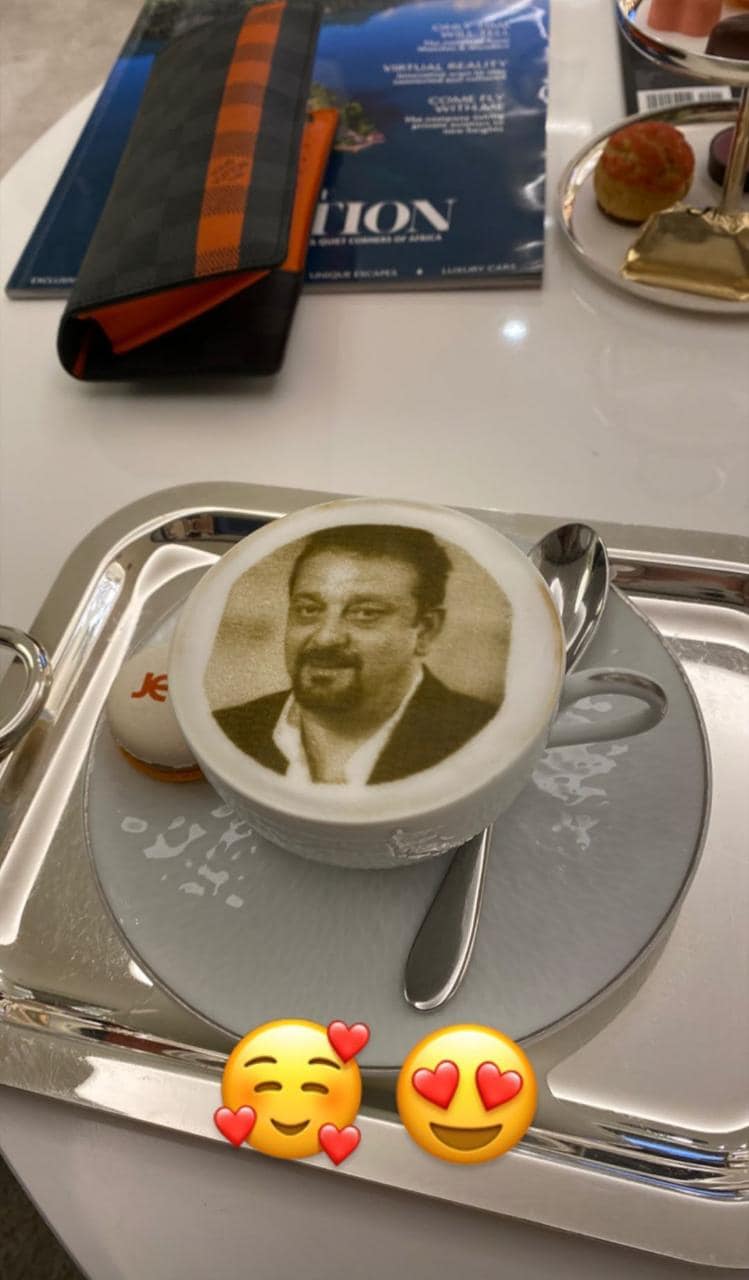 Sanjay Dutt was hospitalised last month after he complained of breathlessness. The actor announced on August 11 that he would be taking a break from work for medical treatment. After his post, Maanayata issued a statement, in which she said: "I thank everyone who has expressed their well wishes for Sanju's speedy recovery. We need all the strength and prayers to overcome this phase... Sanju has always been a fighter, and so has our family. God has yet again chosen to test us to overcome the challenges ahead."

Since August, Sanjay Dutt has visited Mumbai's Kokilaben Hospital a few times for his treatment. He was also pictured at Yash Raj Films studios in Mumbai few days ago. He has reportedly resumed the shoot for his upcoming film Shamshera.

The actor was last seen in Sadak 2, which released last month on Disney+Hotstar. Other than Shamshera, his upcoming films are KGF: Chapter 2, Torbaaz, Bhuj: The Pride Of India and Prithviraj.