Trick Or Treat: From Spooky Films To Costume Ideas, Sonam Kapoor's Halloween Plans For This Year 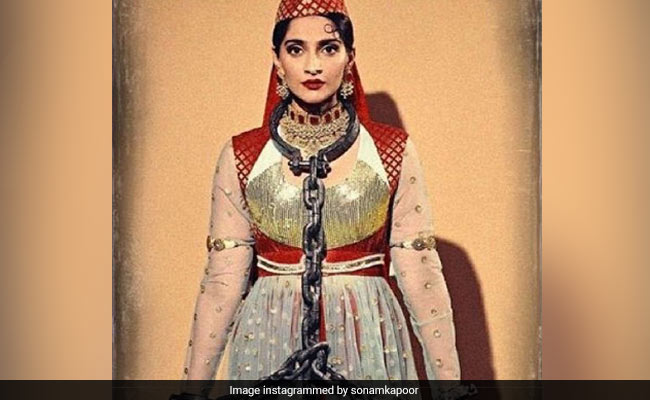 Sonam Kapoor might not be able to party on Halloween this year but she surely has her plans for the day ready. The actress has been sharing her Halloween plans - one post at a time. The actress shared some of her previous Halloween looks on her Instagram profile and she wrote: "Just because you can't attend Halloween parties, doesn't mean you shouldn't dress up." The actress asked her Instafam to get ready with their spooky best costumes or to play dress up as their favourite horror character - "the scarier, the merrier," she added. As a part of her #TakeTwoWithSonam series, the actress asked her fans to recreate some of her Halloween looks.

Take a look at Sonam Kapoor's post to know more:

Just because you can't attend Halloween parties, doesn't mean you shouldn't dress up! Guys, for this edition of #TakeTwoWithSonam, I'm inviting all of you to #TrickOrTreatWithSKA! Don your spooky best or play dress up as your favourite horror character - the scarier, the merrier! For those who're coming across #TakeTwoWithSonam for the first time, it's never too late to join the dress-up party. It's going to be fun, I promise! Here's what you need to do: Upload the looks you've recreated for #TrickOrTreatWithSKA. Don't forget to post the original image with the look that you're recreating. Remember to tag me @sonamkapoor Use the hashtag #TakeTwoWithSonam PS, the deadline for this round is on 30th October - so get styling, lovelies. #TakeTwoWithSonam #StyleFiles #SpookySeason #HalloweenLooks #HalloweenReady

Sonam Kapoor's Halloween plans for the year also include watching some of the best horror and supernatural thrillers. She wrote: "This Halloween season, I'm making it a point to revisit some of these age-old classics. Are you? Tell me in the comments below, which supernatural thrillers from the 70s, 80s, 90s and 2000s are your favourite and why." The film's on her list include Mahal, Aur Kaun, Gumnaam, Raaz and Bees Saal Baad, among others.

Lights. Camera. Boo. When history & horror come together with a bollywood twist, I'm always intrigued. Today, I want to let you in on our industry's love affair with all things spooky. It's always interesting to see how supernatural thrillers have evolved over time - constantly changing with the ever-evolving landscape of entertainment. Whether that comes in cheesy, corny horror films of the 1970's or the really path-breaking movies of the 2010's; one thing is for sure - 100% entertainment is always guaranteed. This Halloween season, I'm making it a point to revisit some of these age-old classics. Are you? Tell me in the comments below, which supernatural thrillers from the 70s, 80s, 90s and 2000s are your favourite and why! #StrokesOfSubstance #Halloween #Horror #ScaryMovies #HistoryOfHorror #HorrorInBollywood #BollywoodHistory

Last year, Sonam Kapoor and her husband Anand Ahuja dressed up as Anarkali and Salim, respectively, from the classic Mughal-E-Azam.