Trending: When Kapil Sharma Reunited With Sunil Grover At A Wedding 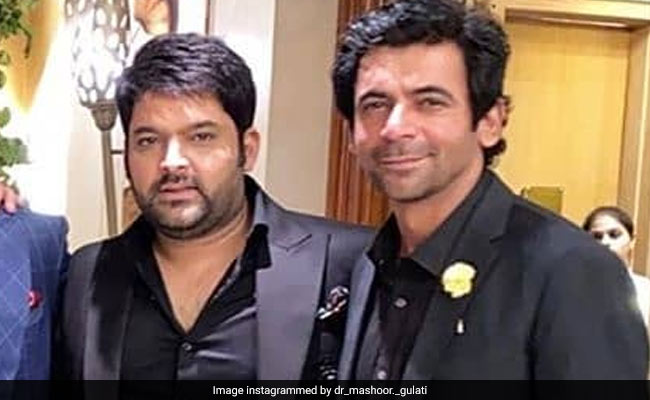 Comedians Sunil Grover and Kapil Sharma, who parted ways in 2017, were recently spotted together at an event. In case you are wondering what the occasion was - it was a wedding. On Friday, Kapil shared a snippet from the wedding on his Twitter profile, in which the duo could be seen sharing the stage. We also got a glimpse of singer Mika Singh performing at the wedding. Sharing the video on Twitter, Kapil wrote: "It was such a special and beautiful evening paaji. Thanks for all the love and warmth. God bless the beautiful couple and congratulations to the whole family and friends."

It was such a special n beautiful evening paji. Thanks for all the love n warmth. God bless the beautiful couple n congratulations to whole kumria family n friends https://t.co/DKDSxoDh9e

In a previous interview with news agency IANS, when Sunil was asked if we would like to collaborate with his former colleague again, he said, "Time will tell, God will tell. Right now I am concentrating on my show and hope I am able to bring a smile on everyone's faces."

Kapil Sharma is currently seen hosting the television talk show The Kapil Sharma Show. He made his debut in the TV industry with The Great Indian Laughter Challenge (season 3). He stepped into Bollywood with the 2015 film Kis Kisko Pyaar Karoon.