"The first film I did after coming here was The Legend of Bhagat Singh. They were not paying me much but still I took it up," said Sunil Grover 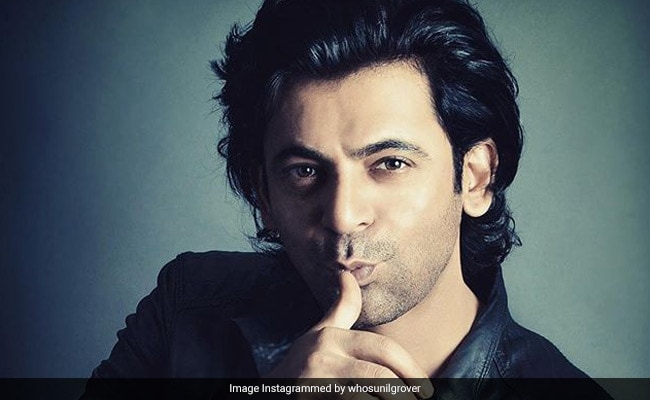 He may have made a mark on the small screen with his impeccable comic timing as Gutthi and Dr Mashoor Gulati, but Sunil Grover says doing meaty roles in films has always been his goal.

Prior to his success on TV, Sunil had smaller roles in films such as Pyaar Toh Hona Hi Tha, The Legend of Bhagat Singh and Family: Ties Of Blood among others.

Sunil considers these films as his ticket to big screen and said he is grateful for these opportunities.

"I always wanted to be an actor. The screen always fascinated me. I was amazed looking at all the actors. I wanted to be there on the big screen," Sunil told PTI in an interview.

The actor received his master's degree in theatre from Panjab University and was discovered during his college days by the late satirist and comedian Jaspal Bhatti.

Sunil credited Bhatti for teaching him the nuances of comedy.

"I learnt how to get the metre right. His comedy was more of satire, in a deadpan way. That was his expression of comedy. Working with him was a great joy. It was a great learning experience. I cherish it even today," he added.

The 42-year-old actor, born in Haryana's Sirsa, said he was so "desperate" to get noticed by filmmakers that on the sets of Ajay Devgn's The Legend Of Bhagat Singh he would mimic the lead actor.

"The first film I did after coming here (Mumbai) was The Legend of Bhagat Singh. They were not paying me much but still I took it up. I would mimic everyone on the sets, including Ajay Devgn and unit members. For me it was all about experiencing things. I was desperate to get noticed," Sunil said.

But it was TV which brought him recognition with comedy shows like Gutur Gu, Comedy Circus, Comedy Nights with Kapil, Mad In India and The Kapil Sharma Show and eventually led him back to movies.

"Nothing was planned. I got a lot of love and acknowledgement while I was doing TV. It adds value to your work. I was enjoying things and then there was a vacuum. Things just happened and I came back into films."

In his second innings in the movies, Sunil has collaborated with top stars like Akshay Kumar in Gabbar Is Back, Tiger Shroff's Baaghi, filmmaker Vishal Bharadwaj's Pataakha and his upcoming film Bharat with superstar Salman Khan.

"I was born to be here. I had not planned anything. I had established myself on TV. I was getting lot of love and acceptance.

"But destiny had some other plans for me. Everything in this field happened to me in an unplanned way. This is one of those things. Destiny took me to a place like this where I can contribute more to cinema," he said.

(Except for the headline, this story has not been edited by NDTV staff and is published from a syndicated feed.)
Comments
sunil groverajay devgn