"I have never done drugs in my life, for your kind information," said Kapil Sharma 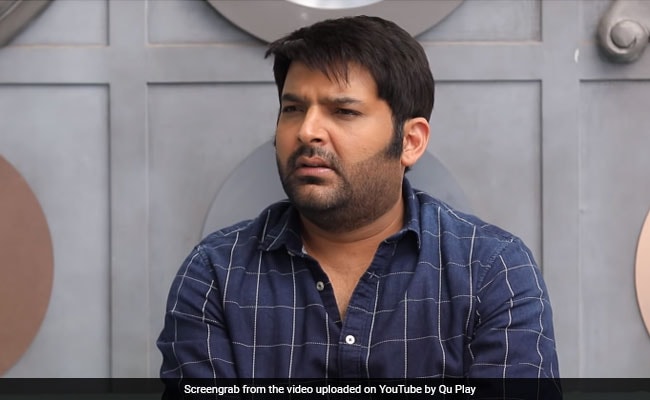 Actor comedian Kapil Sharma was a guest for a recent episode of Arbaaz Khan's talk show Pinch, where he responded to trolls, particularly one that accused him of drug abuse. Kapil Sharma's response was simple and direct as he said: "I have never done drugs in my life, for your kind information," he said and added that trolls are simply those who hide behind social media accounts to post nasty comments: "These are people who don't even write their names properly." "Sharabi hai... drugs leta hai Kapil," read a part of the above mentioned comment. Last year, Kapil Sharma admitted his submission to alcoholism and battling depression at a rehab.

Kapil Sharma's popularity dipped after his fall-out with former colleague Sunil Grover but he made a comeback with the second season of his once-popular The Kapil Sharma Show, the first season of which was taken off air because of poor rating.

Meanwhile, on Arbaaz's show, Kapil Sharma also briefly opened up about his rift with Sunil Grover and said: ""I was asked that why didn't I take him on my show. When I clarified that I had indeed asked him whereas he went on to say that I didn't. It may have been a misunderstanding whereas I wanted him to be on the show. But then in anger I ended up saying that he actually doesn't want to come on board and hence saying all of this to people. I really like Sunil Grover a lot."

On the show, Kapil Sharma also responded to hate tweets who trolled the actor-comedian's show as "bakwas comedy", accused of being "arrogant" and commented on his income. He also spoke about his viral tweets to Prime Minister Narendra Modi that had taken the internet by storm.