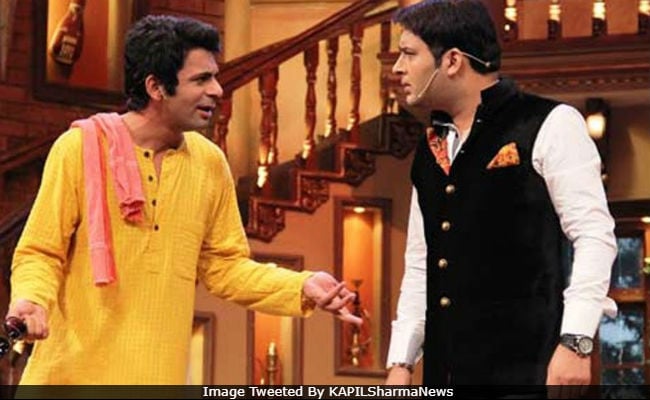 In December, when Kapil announced the new season of The Kapil Sharma Show, Sunil Grover revealed that he had a 'casual discussion' with Salman Khan about joining the show but added that the dates were clashing with his Bharat schedule. Salman is also the co-producer of The Kapil Sharma Show. Meantime, Sunil Grover launched Kanpur Wale Khuranas with Kapil's ex-colleagues like Ali Agar, Upasana Singh and Sugandha Mishra. Kanpur Wale Khuranas went off air recently.

I am the luckiest man. Got a chance to celebrate The Legend's 83rd Birthday with the HE-MAN himself. Join the celebration on @starplus #kanpurwaalekhuranas from 15dec se.

"My own dates would have clashed with Kapil's show as I am doing a film with Salman sir. This show that I am doing for Star Plus fitted in the window that I had. But Salman sir did speak to me briefly about it (bringing two of us together). We had a very casual chat about it but nothing much," Sunil Grover said, IANS reported.

Last week, The Kapil Sharma Show featured in headlines after the Internet demanded a ban on the show following Navjot Singh Sidhu's controversial remark on the Pulwama terror attack. "For a handful of people, can you blame the entire nation and can you blame an individual?" he said, PTI reported. Later, it was reported that Archana Puran Singh has replaced Navjot Singh Sidhu on the show. #BoycottKapilSharma trended all of Tuesday, after Kapil Sharma reportedly said at an event that 'banning or sacking' Navjot Singh Sidhu from the show is 'not a solution.'