Pulwama Attack: Navjot Singh Sidhu said, "For a handful of people, can you blame the entire nation and can you blame an individual?" 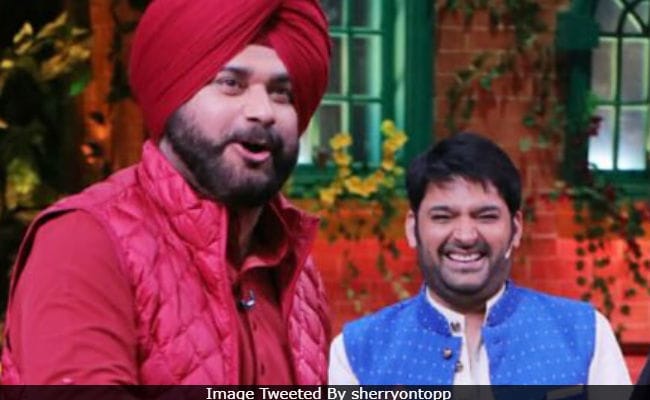 Navjot Singh Sidhu photographed with Kapil Sharma on the sets of their show (Image courtesy: Twitter)

Twitter is demanding a ban on The Kapil Sharma Show, following Navjot Singh Sidhu's comment on the recent terror attack in Jammu and Kashmir's Pulwama, in which 40 CRPF soldiers were killed. Punjab Cabinet minister Navjot Singh Sidhu is also a member of The Kapil Sharma Show and on Friday, condemning the attack, he said, "For a handful of people, can you blame the entire nation and can you blame an individual?" news agency PTI reports. "It (the attack) is a cowardly act and I condemn it firmly. Violence is always condemnable and those who did it must be punished," he added.

@SonyTV@KapilSharmaK9 We request you to expel @sherryontopp from The Kapil Sharma Show & show courtesy to nation where you earn revenue. Removing him would be great tribute to our martyrs of Pulwama,else we would boycott this show henceforth "Kapil Sharma"

@KapilSharmaK9 remove @sherryontopp from your show. Or we will boycott #TheKapilSharmaShow . I request everyone to start campaign against Siddhu and against The Kapil Sharma Show. @SonyTV

We all must boycott Kapil Sharma show as long as Sidhu is there.

The entire nation is grieving the attack in which a terrorist rammed a vehicle carrying explosives in a security convoy on the Jammu-Srinagar highway. Prime Minister Narendra Modi said that those responsible for the attack will pay a 'very heavy price.' "Security forces have been given complete freedom, the blood of the people is boiling... Our neighbouring country, which has been isolated internationally, thinks such terror attacks can destabilise us, but their plans will not materialise. My condolences to families of those martyred in Pulwama attack, those behind the terror strike will pay a very heavy price," PM Modi said at an event in Delhi, reports PTI.

Meanwhile, in 2017, when Navjot Singh Sidhu became a minister, questions were raised on whether he could continue with his role on Kapil's show while holding a post. Punjab chief minister Amarinder Singh had sought for a legal advice then. Later, Mr Singh said that Navjot Singh Sidhu can continue to star in the show.