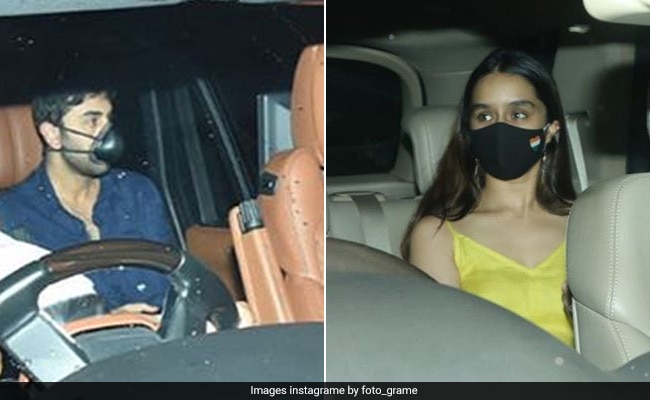 Shraddha Kapoor and Ranbir Kapoor featured on Thursday's list of trends after they were photographed outside filmmaker Luv Ranjan's office in Mumbai on Wednesday night. Flashbulbs popped at the co-stars as they arrived at Luv Ranjan's office in their respective cars. Both Shraddha and Ranbir were seen wearing masks. The untitled film will mark Shraddha Kapoor and Ranbir Kapoor's first project together. Shraddha announced her association with the project in December last year by replying to Luv Ranjan's tweets. "Super excited for this," wrote the actress.

The makers of the film announced the project on social media and tweeted: "Luv Ranjan's next to star Ranbir Kapoor and Shraddha Kapoor. Produced by Luv Ranjan and Ankur Garg, the film will release on March 26, 2021." Read the tweet here:

Luv Ranjan's next to star Ranbir Kapoor & Shraddha Kapoor. Produced by Luv Ranjan and Ankur Garg, the film will release on 26th March 2021.

Earlier there were reports of Deepika Padukone being cast in the film, after the actress was photographed outside Luv Ranjan's office.

Shraddha Kapoor was last seen in the 202 action-thriller Baaghi 3, in which she shared screen space with Tiger Shroff and Riteish Deshmukh.